16-year-old Astrid Smeplass released her first single "Shattered", which was co-written by American singer-songwriter Melaine Fontana, after participating in Norwegian Idol in 2013. She signed a publishing deal with Sony ATV Music Publishing shortly after.

Her first single under her new artist image, "2AM", was released through Universal Music in 2014, releasing in the US the following year. She also released a cover of the single "FourFiveSeconds" by Rihanna, Kanye West and Paul McCartney.

2016 was the year of her global breakthrough with the monster hit "Hurts So Good" (432M), which was included on her first EP "Astrid S". Smeplass also supported Troye Sivan on his European tour. The following year she released another / her second EP, "Party's Over", which consisted of several songs and collaborations, such as "Breathe" and "Such A Boy". During fall 2017 she released "Think Before I Talk" (220M), before embarking on her sold out "Party's Over World Tour" with 32 shows in the US, UK and Europe.

In 2017, her cover of Cezinando's "Vi er perfekt men verden er ikke det" was featured on the soundtrack of the fourth season of Skam and Smeplass performed it at the award ceremony P3 Gull the same year. On 30 June 2017, she released her second EP, Party's Over, which featured the singles "Breathe" and "Such a Boy". Two weeks later, the acoustic rendition of the EP was released, with an additional song titled "Mexico". In September 2017, her single "Think Before I Talk" topped the Norwegian charts and peaked at number 14 on the Swedish charts, where it was later certified platinum. It was also certified gold in Denmark, where it peaked at number nine.

In February 2018, Smeplass was awarded Årets Spellemann (Artist of the Year) at the annual Spellemannsprisen (the Norwegian equivalent of the Grammys), being the first female artist to do so since 2003. After an extensive period of recording and studio sessions, "Emotion" was released the same fall - her first release in over a year. Astrid joined Years & Years on their UK tour at the end of 2018, culminating in a show at London's O2 Arena.

In April 2019, Astrid became the face of Fendi's F for Fendi campaign. She joined 16 year old climate change activist Greta Thunberg for her Fridays For Future event in Sweden, performing a cover of "I Want Know What Love Is" by Foreigner.

In August 2019 her fourth EP was released, titled Trust Issues. The EP features previously released singles "Someone New", "Emotion" and "The First One", in addition to two new released; "Doing To Me" and "Trust Issues".

"Trust Issues" (EP) was followed by her sold-out, stripped-back "Stripped Down Tour" across the US and Europe. At the end of Stripped Down Tour, she surprise released yet another EP, "Down Low", which added four stripped down tracks to Astrid's catalogue.

Astrid's first release of 2020 was "I Do", a collaboration with country star Brett Young. The song peaked at #3 in Norway. 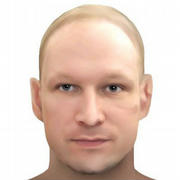 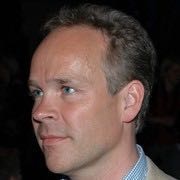