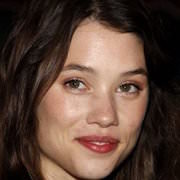 Àstrid Bergès-Frisbey (born 26 May 1986) is a French-Spaniard actress and model. She is best known for playing Suzanne in The Sea Wall, the mermaid Syrena in Pirates of the Caribbean: On Stranger Tides and Sofi in I Origins. She is the recipient of the Prix Suzanne Bianchetti in 2009 and the Trophée Chopard Award for Female Revelation of the Year at the 2011 Cannes Film Festival and a nomination at the 2016 David di Donatello in Rome.

Àstrid Bergès-Frisbey was born in Barcelona, Spain, to a Catalan father and a French mother. She is the eldest among three daughters. Following her parents' divorce when she was 2 years old, she moved to southwestern France when she was 5. She was raised in a small town near La Rochelle, where she acted in school plays as a hobby, but never saw acting as a possible career path as the countryside where she lived was very different from the movie industry, describing how she thought acting was "not a profession; it was something abstract". Her father later moved to the Dominican Republic, where she spent five summers working as a waitress. At age 17, she moved to Paris by herself to pursue a career in osteopathy, but found herself moving around a lot, without knowing anybody in the area. Shortly after, her father died at age 46. Due to the incident, she describes realizing that life is too short and that her true ambition was acting. After graduation, she went straight to drama school. She is fluent in Catalan, Spanish, and French. She started learning English for her role in Pirates of the Caribbean.

She made her acting debut in 2007 on French television. In 2008, she made her feature début in the film The Sea Wall. She began modelling in 2010, fronting French Connection's spring/summer and autumn/winter campaigns.

Bergès-Frisbey made her English-language debut in 2011 Pirates of the Caribbean: On Stranger Tides, earning the role of the mermaid Syrena, after a whirlwind of auditions in France, Hollywood, and the UK. She had to learn to speak English for the role. During filming in Hawaii, she was restricted from going out in daylight to keep her skin pale.

Bergès-Frisbey also starred in the Spanish film El sexo de los ángeles. She also played the titular role in the coming-of-age French film Juliette. After that, she appeared in her second English-speaking feature film in I Origins as Sofi.

Bergès-Frisbey learned to speak Italian for the movie Alaska (2015). In 2017, she starred in King Arthur: Legend of the Sword.

Bergès-Frisbey currently serves as a brand ambassador for Chanel. 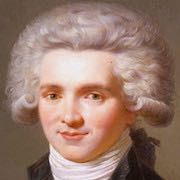