Benöhr began to run in her twenties, to aid her efforts to stop smoking. She started collecting ironman titles in 1987, working without a coach to this day. She is a housewife and has three children, born in 1980, 1981 and 1985. In an interview in 2003, she said that sex the night before a competition helps, as it relaxes and leads to deeper sleep.

Benöhr claims to have reached a better time than the men's world record in Decatriathlon, in an own race against the watch but this can't be verified. Her world records for females in triple, quadruple and quintable triathlon are 6, 5.5 and 13.5 hours slower than the men's world records. In the 1998 deca ironman race in Monterrey, Mexico, Astrid Benöhr was disqualified for taking significant shortcuts during the running segment.

The contents of this page are sourced from Wikipedia article on 10 Mar 2020. The contents are available under the CC BY-SA 4.0 license.
comments so far.
Comments
Reference sources
References
http://www.iutasport.com/?page=records
http://www.triathlonweb.nl/dutch/recordwm.htm
https://web.archive.org/web/20110719071349/http://www.ostseekueste.de/triathlon/sites/1992_2007.pdf
http://www.ostseekueste.de/triathlon/sites/1992_2007.pdf
http://www.netdoktor.de/topic/fitness/sexy.htm
http://www.angelfire.com/electronic/ultramentor/results/mexico_deca.html
http://www.astrid-benoehr.de/
Trending today in 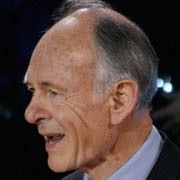