She rose to prominence when her track "My Heart Is On Fire" won Triple J's Unearthed High in 2012. The track went on to be voted into position 50 in the Triple J Hottest 100, 2012. She has gone on to release the singles "Escape" and "I Need Answers", as well as touring Australia nationally.

In 2015, she released the song "Dynamite" featuring Australian rapper Allday, which reached number 66 on the ARIA Singles Chart. She featured as the opening act for British musical act Ellie Goulding in 2015 and featured at music festivals such as The Plot in December 2015, Skullduggery (Adelaide) in February 2016 and Hyperfest (Perth) in February 2017.

In 2016 she released the single "Wild Emotion", and started an Australian Tour for the song starting on 18 March 2016 at Springfield, Queensland. Also in 2016, Asta toured as the opening act for Ellie Goulding again, on the Australian leg of her Delirium Tour. She brought her friend and collaborator Allday on stage during her sets as a surprise guest performer, where he rapped his featured parts of their joint song, "Dynamite".

In February 2017 she released her debut EP, Shine. In March 2017 she embarked on her national Shine Tour to promote the EP.

She is currently living in Lutana, Tasmania.

English naturalist, botanist and patron of the natural sciences 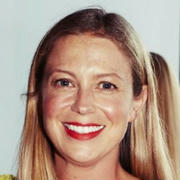