Asima Chatterjee (23 September 1917 – 22 November 2006) was an Indian organic chemist noted for her work in the fields of organic chemistry and phytomedicine. Her most notable work includes research on vinca alkaloids, the development of anti-epileptic drugs, and development of anti-malarial drugs. She also authored a considerable volume of work on medicinal plants of the Indian subcontinent. She was the first woman to receive a Doctorate of Science from an Indian university.

Asima Chatterjee (née Mookerjee) was born on 23 September 1917 in Bengal. She was the eldest of the two children of a medical doctor Indra Narayan Mukherjee and his wife, Kamala Devi. Chatterjee grew up in Calcutta in a middle-class family where she was encouraged to get an education. Her father was very interested in botany and Chatterjee shared in his interest. She graduated with honors in chemistry from the Scottish Church College of the University of Calcutta in 1936.

Asima Chatterjee received a master's degree (1938) and a doctoral degree (1944) in organic chemistry from the University of Calcutta. She was the first Indian woman to earn a doctorate in science. Her doctoral research focused on the chemistry of plant products and synthetic organic chemistry. Among her notable instructors at the time were Prafulla Chandra Roy and Satyendra Nath Bose. Additionally, she had research experience from the University of Wisconsin, Madison and Caltech with László Zechmeister.

Chatterjee's research concentrated on natural products chemistry and resulted in anti-convulsive, anti-malarial, and chemotherapy drugs. She spent around forty years researching various alkaloid compounds. She also discovered anti-epileptic activity in Marsilea minuta and anti-malarial activity in the plants Alstonia scholaris, Swertia chirata, Picrorhiza kurroa and Caesalpinia crista. These agents, however, have not been shown to be clinically competitive with the medications currently used for these conditions. Her work led to the development of an epilepsy drug called Ayush-56 and several anti-malarial drugs.

Chatterjee also wrote around 400 papers which were published in both national and international journals.

Chatterjee's contributions to science include the following:

Google Doodle, on September 23, 2017 celebrated the 100th birthday of Asima Chatterjee to be the first indian woman to receive doctorate in science from an Indian institute.

The contents of this page are sourced from Wikipedia article. The contents are available under the CC BY-SA 4.0 license.
View Asima Chatterjee 's image gallery
Image Gallery 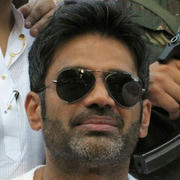 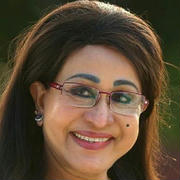 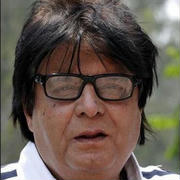