Ashley Sidaway is a writer, producer and editor working in film and television. His films include Rainbow, Nouvelle-France and Joy Division as well as the long-running BBC TV series Best Of British.
As creator / writer and supervising film editor of Rainbow, Sidaway spent a year in post-production on the first all-digital movie released theatrically.
Sidaway's latest film is The Wonder on which he is a writer and producer.

He was educated at Brighton College and King's College London.

Ashley Sidaway trained as an Assistant Editor for editor John Daniels in London on sports and documentary TV programming between 1978-80.

During 1984 and 1985 Sidaway worked for Crystal Film & Video in London as a freelance assistant cameraman to various independent production companies as well as on news / current affairs and documentary programmes for the BBC.

In 1986, Sidaway researched and contributed to the script of the BBC pilot on cinema newsreels Around The World In Seven Minutes And Four Times On Saturday, about the Pathé News and Movietone News cinema newsreels and their lead commentators Bob Danvers-Walker and Leslie Mitchell. and various pop-promos.

In 1986 Sidaway co-created, wrote and edited the first season of the TV series Best Of British, 10 x 30 minute programs that examined some of the classic British films made by the Rank Organisation through an extensive use of clips. The first season commenced on 22 April 1987 on BBC One.

The success of the first season led to four further seasons and Sidaway worked in the same capacity on the further fifty seven episodes all of which premiered on BBC One. Narrated by John Mills and Anthony Quayle the programs provided a comprehensive look at British films from 1930s to the 1980s. The final season was originally shown in 1994.

He also co-wrote a book based on the first series.

Using the same format, in 1990 Sidaway subsequently co-created, wrote and edited the TV series The World Of Hammer which looked at the output of Hammer Film Productions. Narrated by Oliver Reed, thirteen episodes were produced and the series premiered on Channel 4 in the UK on 12 August 1994.

Best Of British Film & Television was established in 1986 and Sidaway became Creative Director for the company, overseeing the creative output of TV programs, documentaries and video specials. On a majority of these also directed, edited, wrote and supervised all stages of production.

In 1989 he formed Winchester Pictures with Robert Sidaway to handle the development of feature film projects. In 1995 took Winchester to the AIM market as Winchester Entertainment plc.

In 1990 commissioned by Channel 4 and director Phil Agland to write the screenplay adaptation of Thomas Hardy's The Woodlanders. Film shot during 1996 / 1997 and released 1998.

In late 1992 Sidaway wrote and directed a ten-part documentary series The Gurgling Gourmet for Granada TV. He also completed the script Legacy, adapted from Nigel Kneale's classic 50’s Quatermass and the Pit (film). The project was developed with Trilogy Entertainment Group.

During 1994 and 1995 co-wrote and edited Rainbow, the family entertainment feature film starring Bob Hoskins, Dan Aykroyd and Terry Finn. Rainbow premiered at the CineMagic Film Festival in December 1995 and opened world-wide during 1996. It was the first theatrically distributed all digital feature film.

During 1995 co-founded The International Football Hall Of Fame and worked over a four-year period to establish the brand and project. Developed in association with Granada Media and the Mirror Group.

In 1998 wrote, directed and produced the series, Witness - Events Of The 20th Century, introduced and narrated by David Frost for international television and video distribution by Primetime. The series was originally released in October 1999 and comprised thirteen 52 minute episodes.

During 1999 / 2000, Sidaway was a writer on the sword and sorcery television adventure The Dark Knight. Originally brought in to establish the tone of the series, he ended up writing seven scripts during the two seasons. Shot on location in New Zealand, the series was first shown on Channel 5 commencing July 1, 2000.

From 2008-10 acted as audio-visual producer for the Ultra Green Group, creating and producing over 60 films showing the green technologies the company was implementing worldwide.

During 2011 and 2012 developed and wrote the film “Iron”, based on the birth of the industrial revolution at Ironbridge. During 2013 Sidaway was a editor and production consultant on the documentary “Medjugorge - Myth Or Miracle”.

In 2011, Sidaway created and wrote the story for the action fantasy feature film The Wonder and wrote the original drafts of the screenplay during 2012.

The film shot on location in Qingdao, China and Auckland, New Zealand between October and December 2015.

The film has been announced for a major release in China in February 2017. 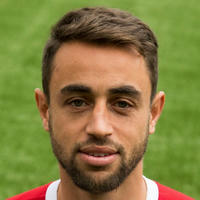