Ashley Harkleroad Adams is a retired American professional tennis player. She reached a career-high ranking in singles of No. 39 on June 9, 2003.

Harkleroad turned pro on June 12, 2000, after she turned 15 years old. Her debut was at the ITF tournament in Largo, Florida, in 1999. The following year she played her first WTA qualifying event in Miami, Florida and her first Grand Slam at the U.S. Open. In 2001, she returned to the same events while improving her status on the ITF Circuit. In 2002, she won her first tour matches, reaching the second round at San Diego, Hawaii, and Bratislava, where she made her first doubles semifinal with partner María Emilia Salerni. She ended 2002 in the top 200 for the first time in her career.

Her breakthrough year was 2003, when at Charleston Harkleroad defeated three top-20 players (no. 16 Elena Bovina, no. 19 Meghann Shaughnessy, and no. 9 Daniela Hantuchová), losing just 11 games along the way to reach her first tour semifinal, before losing to Justine Henin-Hardenne. She became the lowest-ranked semifinalist (no. 101) in the event's history since unranked Jennifer Capriati reached the finals in 1990.

After that performance, Harkleroad climbed from no. 101 to climb to no. 56. She then reached the semifinals again at Strasbourg and scored her second top-10 win and second over Daniela Hantuchová at Roland Garros while reaching the third round. It was the second time she had passed the first round at a Grand Slam. On June 9, 2003, she entered the top 50 at no. 39 and reached the final in doubles at the Japan Open in Tokyo.

In 2004, Harkleroad made her career first Tour final in Auckland, before losing to defending champion Eleni Daniilidou. For most of the 2005 season, Harkleroad sat out due to various injuries and an illness in the family, but the time she was on court was spent on the ITF Women's circuit, winning two titles. She did, however, reach a tour doubles final at Quebec City.

Harkleroad played her second main tour event since 2005 at Auckland, qualifying for the main draw, only to fall in the opening round. She failed to qualify at Sydney, before reaching the second round of the Australian Open (as a qualifier), where she pushed world no. 4 Maria Sharapova in a tough match. On her way, she upset a higher-ranked opponent, Peng Shuai of China. This performance saw Harkleroad break back into the top 100 at no. 83. Harkleroad ended 2006 at no. 86 in singles and np. 55 in doubles. Harkleroad during her first-round women's doubles match at the 2007 Australian Open (age 22).

Harkleroad was selected for the US team in the Hopman Cup after Venus Williams withdrew. She and partner Mardy Fish went 0–3 in the event. Harkleroad pushed Tatiana Golovin to three sets, before losing the match. Harkleroad lost to Nadia Petrova and to Alicia Molik. Harkleroad started out the main WTA season in Hobart, Tasmania. She lost in the first round to Austrian Sybille Bammer. Bammer eventually defeated Serena Williams in the quarterfinals. She lost to Daniela Hantuchová in the third round of the Australian Open. In the previous rounds, she beat Meng Yuan of China, and upset 17th seeded German Anna-Lena Grönefeld. Harkleroad struggled in the clay-court season and finished in the second round at Roland Garros, losing to Venus Williams. Harkleroad was down before rebounding and holding set points. During this match, Williams hit the fastest recorded women's main-draw serve, a record which Venus broke again in the U.S. Open on August 28, 2007.

Starting the year off as usual in Auckland, Harkleroad reached the second round, defeating 8th seed Émilie Loit, before losing to home-crowd wild card Marina Erakovic. Harkleroad played in Hobart, after winning three matches to qualify. She defeated three top-100 players, before bowing out in the semifinals to top seed Vera Zvonareva. In the Australian Open, Harkleroad lost to 30th seed Virginie Razzano.

Harkleroad debuted with the Fed Cup team for the United States just two weeks later. Facing Germany, Harkleroad, Lindsay Davenport, Laura Granville, and Lisa Raymond made up the United States team. Davenport was upset in a tie, giving the Germans a 1–0 lead. Harkleroad crushed Tatjana Malek and Sabine Lisicki, both in straight sets to help the U.S. win 4–1 and becoming the tie's hero.

Harkleroad then reached the final of the $75,000 ITF event in Midland, where she was defeated by compatriot Laura Granville.

Harkleroad's next tournament was the Pacific Life Open in Indian Wells. She upset Lucie Šafářová and eighth seed Dinara Safina. She then lost to Agnieszka Radwańska in the fourth round in three sets. At the Sony Ericsson Open, she reached the third round, after taking out the 23rd seed Virginie Razzano impressively, but lost to Elena Vesnina. While at the Sony Ericsson Open, a large cyst on one of her ovaries burst, and she was sent to the hospital. She lost one of her ovaries amidst her recovery.

At the 2008 French Open, Harkleroad lost against tournament favorite Serena Williams in the first round.

At the 2008 Wimbledon Championships, Harkleroad lost against 2006 winner Amélie Mauresmo in the first round.

After losing early in the U.S. Open Series, Harkleroad withdrew from the U.S. Open due to a pregnancy. She took an indefinite break from tennis as a result. She gave birth on March 30, 2009, to a boy.

Harkleroad planned on originally coming back at the BNP Paribas Open in Indian Wells, California, but decided to wait for the Sony Ericsson Open in Miami, Florida. She used her special protection rank of 72 to enter the main draw. She played Alicia Molik in the first round. She also was accepted into the main draw of the 2010 Bank of the West Classic at Stanford. She lost against defending champion Marion Bartoli in the first round. She competed in World Team Tennis during the summer of 2010.

In 2012, Harkleroad retired from tennis and joined Tennis Channel as a commentator.

In 1989, at the age of 4 years, Harkleroad started playing tennis. She was formerly coached by Chuck Adams, José Luis Clerc, and Jay Berger. Her father, Danny, works in the printing industry and played college football at the University of Tennessee at Chattanooga. Her mother, Tammy, is a school teacher, and played college tennis at Freed-Hardeman University in Henderson, Tennessee. Harkleroad got the nickname 'Pebbles' while living in Flintstone, Georgia, a small town that has one traffic light.

Harkleroad married ATP pro Alex Bogomolov, Jr. in December 2004, but they divorced in October 2006. She is now married to former ATP pro Chuck Adams. During US Open coverage on the USA network on August 29, 2008, commentator John McEnroe announced that Harkleroad was pregnant with Adams's child. She gave birth to son Charlie on March 30, 2009. On April 4, 2011, she gave birth to their second child, daughter Loretta Lynn.

Following the 2008 French Open, Harkleroad told reporters she would appear in the August 2008 issue of Playboy, a decision she made while convalescing from ovarian cyst surgery in March 2008. In an on-the-air interview, broadcast during the 2008 Wimbledon Championships, Harkleroad stated that Amanda Beard's 2007 pictorial was partly an inspiration for her own.

Agriculture Commissioner of the state of Georgia 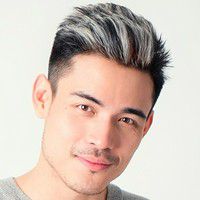