She was born to an Indian British father and a British mother in Pembury, Kent and was schooled in Ramsgate, Kent (St Lawrence College, Ramsgate) as well as in Maidstone, she spent much of her childhood in Seremban, Negeri Sembilan, Malaysia. She took her O-Levels and A-Levels in the UK, and continued on to do her Bachelors in Science in Quantity Surveying at Kingston Polytechnic. A few credits shy of graduation, she decided that quantity surveying was not for her.

She started off doing work as a production assistant for various studios in London, before moving up as a screenwriter and line producer. In 1995 she moved back to Malaysia, where she hosted the RIM Chart Show, a Malaysian music chart show. She also went into modelling, and endorsed various products such as Sony, L'Oréal and Lipton's Tea.

Gill played Asha Kapoor in the Malaysian TV drama City of the Rich from 1996 until 1997, and in 1998 she acted as Dr Anna in the Malaysian film Mimpi Moon, directed by a Malaysian director. She was also in two music videos; Welcome to Tomorrow by SNAP and Bedroom Window by Nice Stupid Playground.

In 1999 Asha was selected as one of the veejays for Channel V International, an Asia-Pacific music channel based in Hong Kong, and she quickly became the face of the channel. She wrote her own scripts, did her own research, and had a major role in Channel [V]'s production, such as directing, scriptwriting and producing. She had her own flagship shows, including Asha Meets, an interview show, and By Demand, a live request show co-hosted with Adrian da Silva that introduced the innovative SMS-on-TV system. She was well known for her unique, thorough interview style and through her various shows, she has interviewed the likes of the Bee Gees, Darren Hayes, Lenny Kravitz, Britney Spears (one of her first interviews), Moby, Destiny's Child, Travis and much more. She has also co-hosted special shows with Christina Aguilera and Kelis, among others.

In 2002 Channel [V] International was bought over by Malaysian media company Double Vision, and Gill's contract with the channel was ending. She moved on to Singapore, where she hosted a season of their version of The Weakest Link. Due to her role as host, she was quickly given a reputation of being acidic, sarcastic and sometimes mean – a distinct contrast from her Channel [V] days, where she was seen as being fun, happy-go-lucky and the 'girl next door'. Singapore was one of the few Asian countries not to receive Channel [V].

In 2003 Gill, along with British photographer, deejay and veejay Toby Amies, started hosting Lonely Planet's Six Degrees, a people-centric travel show where the hosts meet up with one contact in a specific country that leads them to another contact, and so on (following the idea of six degrees of separation). In the first season, Gill travelled to Mumbai, India; Buenos Aires, Argentina; Kuala Lumpur, Malaysia; and Singapore. Among her various adventures included dancing with Indian hijra for good luck at a wedding, meeting an Argentine artist whose artwork consists of plaster casts of humans and animals, a ghost-hunter in Kuala Lumpur, and a food critic in Singapore.

In 2004 Asha joined MIX.FM, an adult contemporary radio station owned by Malaysian media company Astro, and co-hosted the Drivetime slot with Non. She also started writing her monthly column, Of Mutton + Lamb, for women's lifestyle magazine Vida!, where she talks about any issue of her interest – from women's rights to experiences of being a DJ. Her official website, AshaGill.Com, was also launched, where she keeps her writings, talks about various issues on her blog and introduces Malaysian talent through the Asha's Picks section. She was also selected as the ambassador for watch company Tag Heuer, and she continued production on Lonely Planet's Six Degrees, this time travelling to Melbourne, Australia; Auckland, New Zealand; London, UK; and Cape Town, South Africa. She won the award for Best Entertainment Awards at the Asian Television Awards 2004, held in Singapore. She also travelled to Thailand.

In 2005 Asha was selected as Tag Heuer's newest ambassador.

Currently Asha is still recording episodes of Six Degrees, and is involved in other media work.

Gill is passionate about human rights, especially women's rights, and has been part of women's rights movements ever since her university days. She talks about women's rights often on her radio shows, Vida!, and her website, and she has also participated and planned a number of events to raise awareness over women's rights. In 2002 she participated in the Malaysian production of The Vagina Monologues, which stirred controversy over its apparently provocative content. In 2004 she became a spokesperson for Amnesty International's Stop Violence Against Women campaign, and she was instrumental in various events in Malaysia dealing with the campaign, such as the Report Launch, the International Women's Day event A Girl's Day Out in MidValley Megamall in March, and the Mix.FM Massive Appeal in June, where she sold Banashas (bananas dipped in sweet sauces and toppings) to raise funds for Amnesty International and Women's Aid Organisation. She also works behind the scenes for various human rights and relief organisations, as well as charities. 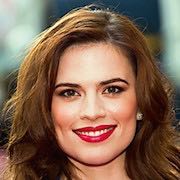