Ash Wednesday is an Australian musician, who played in JAB, Models and Einstürzende Neubauten.

Wednesday was a founding member of JAB, an Australian punk rock band, in Adelaide in January 1976. The band's original lineup consisted of Bohdan X (Bodhan Kubiakowski) on guitar and vocals, Wednesday playing bass guitar, synthesizer and tapes and Johnny Crash (Janis Friedenfelds) on drums and vocals. The band took its name from the first initials of the founding members. The band relocated to Melbourne in August 1977. JAB signed to Suicide Records in January 1978, and two of their songs, "Blonde and Bombed" and "Let's Go", were included on the Lethal Weapons compilation. The band played their final show in August 1978 at the Crystal Ballroom (then known as the Seaview Ballroom), which was also the first gig ever played at the now iconic venue.

Wednesday, Crash and Pierre Voltaire then joined Sean Kelly (ex-Teenage Radio Stars) to form the first line-up of Models. The initial version of the group did not stay together for long as Voltaire was soon replaced on bass guitar by Mark Ferrie (ex-Myriad), then in August 1979, Wednesday was replaced by Andrew Duffield (ex-Whirlywirld) on keyboards.

In 1980 he released a solo single, "Love By Numbers" and produced four songs with vocalist Karen Marks (the manager of Models and JAB). That year he also joined experimental outfit The Metronomes with rock journalist Al Webb (guitar, synthesiser; ex-Streetlife)and Andrew Picouleau (bass, synthesiser; Secret Police, Sacred Cowboys), having previously been an invited guest with the band. The Metronomes released two singles, "Saturday Night"/"Sunday Morning" (1979), "A Circuit Like Me"/"Closed Circuit" (1980) and two albums, Multiple Choice (1981) and Regular Guys (1985) on the Cleopatra label. The band was never intended to be a live outfit and only ever came together in the studio. Around 2000 the members began work on a new project and after four years of sporadic effort released a new album, Today. This was followed by a re-release of the band's first two albums and an EP (comprising the band's two singles), as a single release, The Ballad of the Metronomes, in 2010.

Concurrently Wednesday collaborated with T.E. Power (Nuv Bloc) on a project titled Thealonian Music, using the latest electronic instruments of the time. The concept being to generate music of a spontaneous nature, with the rhythmic foundation being provided by a programmable drum machine, sequence and synthesizer combination. Thealonian Music only produced one release, the 1982 tape, Project X Chromosome X. Throughout the early 1980s, he was a member of Modern Jazz, an improvisation group who performed to randomly generated techno beats. Modern Jazz featured a fluid line-up that included Lyn Gordon (synthesiser), Andrew Park (synthesiser) and Ted Thornbury (vocals). The band played 1980s techno music and issued one album, The Nude, on the Cleopatra label in 1986.

In 1988 he and Lyn Gordon formed electronic / industrial band Crashland, composed of Lyn Gordon (vocal, guitar), Wednesday (sampler), Ray Moore (drums) and Phil Sutherland (bass). A year after their formation, Crashland signed a deal with Regular Records which resulted in the release of their first single, "Cherry Bomb"/"Elvis Working" in October 1989. Crashland's self-titled debut album comprised half original material and half covers, was released in April 1990, together with the band's second single, a demented electro remodelling of John Lee Hooker's "Boom Boom"/"On T.V.".

Wednesday moved to Berlin in 1992, where he worked with Nina Hagen, being involved with pre-production and programming for her 1995 album, FreuD euch ("Bee Happy").

In 1997, Wednesday became a touring member of German band Einstürzende Neubauten. He completed several world tours with them and is present on their live albums, such as 09-15-2000, Brussels and numerous recordings from the Perpetuum Mobile tour (2004). Eventually departing in 2013.

In 1999 he returned to Melbourne and formed The Tingler, with Crashland vocalist Lyn Gordon. The Tingler releasing a self-titled album in April 2000. The Tingler also featured on the bill during the Models 2000/2001 reunion shows.

In 2013 he was to perform solo as The Ash Wednesday Effect, a spontaneously performed audio/visual experience, in which improvised soundscapes triggered entrancing visualisation, which were in turn projected onto Wednesday's physical form. The performances at Club Voltaire, North Melbourne were continuous three hour pieces, throughout which audience members were free to come and go as they chose. 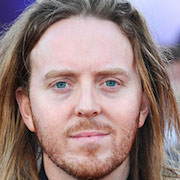 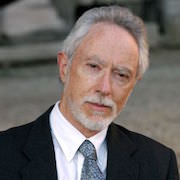 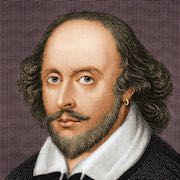 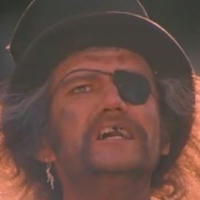