Aruna Roy (born 26 June 1946) is an Indian political and social activist who founded the Mazdoor Kisan Shakti Sangathan (MKSS) ("Workers and Peasants Strength Union") along with Shankar Singh, Nikhil Dey and many others.

Roy was born in Chennai. She grew up in Delhi where her father was a government employee. She studied English literature at Indraprastha College, Delhi University.

She served as a civil servant in the Indian Administrative Service between 1968 and 1974. In 1970 she married Bunker Roy.

Roy resigned from the civil services and began to work on issues related to the poor and marginalised. She joined the Social Work and Research Center (SWRC) in Tilonia, Rajasthan. In 1987, she along with Nikhil Dey, Shankar Singh and others founded the Mazdoor Kisan Shakti Sangathan.

Aruna Roy has been at the forefront of a number of campaigns for the rights of the poor and the marginalised. These have included, most prominently, the Right to Information, the Right to Work (the NREGA), and the Right to Food. More recently, she has been involved with the campaign for universal, non-contributory pension for unorganised sector workers as a member of the Pension Parishad and the NCPRI for the passage and enactment of the Whistleblower Protection Law and Grievance Redress Act.

Awards and Other Work

She served as a member of the National Advisory Council until 2006 when she resigned.

In 2000, she received the Ramon Magsaysay Award for Community Leadership. In 2010 she received the Lal Bahadur Shastri National Award for Excellence in Public Administration, Academia and Management. In 2011, she was named as one of the hundred most influential people in the world by Time Magazine. 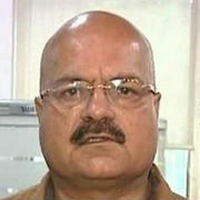