Elías Ayub was born in Mexico City, he is the youngest brother of Alfredo Elías Ayub. Graduated as Bachelor of Business Administration by the Universidad Anáhuac (Anáhuac University) and later studied a postgraduate course in Business Management at the IPADE.

He is married with Johanna Slim, daughter of the Mexican businessman Carlos Slim, and they have three children.

He entered TELMEX in the year of 1996 as Advisor of the Directorate and in 2001 took over as Chairman of the Board of the Club Universidad Nacional, commonly known as the "Pumas" in Mexico. During his tenure at the club managed to get a "double championship" in the Clausura 2004 and Opening 2004. In 2005 decided not to be re-elected in the patronage.

Currently serves on the Board of Directors of Grupo Carso, Grupo Inbursa, Telmex, CEO of Telmex Foundation and Chairman of the Instituto Telmex del Deporte (TELMEX Institute for Sports). 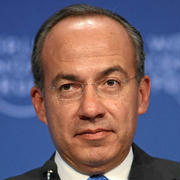