Arturo Di Modica (born January 26, 1941) is an Italian artist, born in Vittoria, Sicily, who became a naturalized American citizen. He is best known for his Charging Bull sculpture which he dropped illegally during the night of 15 December 1989 outside the New York Stock Exchange as his gift to the American people.

Having arrived in the U.S, penniless in 1970, he had risen to success and felt indebted to America. After the 1987 Black Monday stock market crash, he had the idea to create a sculpture intended to inspire all whom came into contact with it to carry on fighting with 'strength and determination' through the hard times for a brighter future. He spent the next two years working on the sculpture paying all of the $350,000 production costs himself. The late night installation attracted international media attention with Charging Bull going on to become one of the world's most iconic sculptures, drawing millions of visitors each year.

Whilst working in the same Carrara marble studio when Di Modica was only in his late 20s, Henry Moore recognised the young sculptor's talent and nicknamed him 'the young Michelangelo'. . Di Modica worked the majority of his career outside of the formal art market, meeting his collectors directly such as Joe Lewis, the ex-owner of Christies auction house.

In 1999 Di Modica received the Ellis Island Medal of Honor for his contribution to the arts on the same day as Hillary Clinton.

Di Modica was born 1941 in Vittoria, Sicily shortly before the Allied forces invaded during World War II. He grew up surrounded by the remains of the ancient Greek and Roman civilisations which he later recounted inspired him to dream big. His father did not want him to become an artist so at the age of 18 he ran away on a steam train destined for Florence in pursuit of his career as a sculptor.

Upon his arrival in Florence, Di Modica had to take an assortment of menial jobs in order to survive. Unable to afford to use the local foundries he resorted to building his own as well as forging his own tools to work with. His early efforts culminated with his first major show at Villa Medici in 1968 which primarily features his early rough abstract bronze castings.

By the late 1960s Di Modica began working with marble in the Italian Carrara studios which is where he met Henry Moore who nicknamed him 'the young MichelAngelo'. The influence of Moore on Di Modica was very strong with a whole new style emerging shortly after this period. By 1973, Di Modica had grown frustrated with the limitations of Florence for his career and moved to New York City.

Upon arriving in New York, Di Modica quickly set up his first studio on Grande Street, Soho. Often large scale marble works could be found left deposited on the street outside of his studio. It was also here that Di Modica caught a young graffiti artist spray painting on his studio door 'Samo' aka Jean-Michel Basquiat. The two artists would later both move onto Crosby Street in the early 1980s as Basquiat experienced his rise to fame.

In 1977 Di Modica held a major exhibition at Battery Park to which he invited the famous art critic Hilton Kramer to close the exhibition. Uninterested Kramer put the phone down on Di Modica which was the catalyst for him proceeding to load 8 monumental abstract marble works onto the back of a rental truck. He then drove to the Rockefeller Centre where he blocked off 5th Avenue and illegally dropped his works outside after which the rental truck was instructed by Di Modica to depart the scene. Quickly four NYPD officers spotted the offence and came running up with their guns unholstered. Unable to speak much English at the time, Di Modica pushed one of the officers guns aside and handed over a flyer explaining what he was doing. Eventually Mayor Abe Beame was called to the scene who wanted to meet the 'crazy bearded Sicilian' and after issuing a $25 fine, Di Modica was granted permission to temporarily leave his sculptures on exhibit. This late night stunt went on the next day to make front page news of the New York Post, acting as a valuable learning experience.

Around 1980 Di Modica purchased a plot of land with a shack on it at 54 Crosby Street. Using up all of his funds paying the downpayment, he had no money left to develop the property so had to resort to salvaging materials. He dragged 7m long salvaged beams of wood through the night to use as building materials. He was then able to purchase 8,000 bricks for $400 from a priest and with these, he began building upwards. Eventually building two storey's up. He then wanted to build a basement but could not get planning permission from the City. So he started digging into the ground without permission, sneaking the rubble out and the new materials in by night.

Upon finishing the basement, Di Modica's new studio was four levels and became the center of his artistic production. Large monumental works were often left on the sidewalk in order to attract the attention of passers by and often as his most ambitious projects would not fit through the door. Over the years Di Modica would host various art parties for aspiring artists whom were in need of a space and as a way of launching new bodies of his.

c.2008 Di Modica sold 54 Crosby St studio to help finance his 12-acre sculpture school project that he was building in his hometown of Vittoria, Sicily.

During the 1970s Di Modica has primarily been focused on extremely abstract sculpture, often trying to balance two opposing materials together in single works. In the early 1980s he began focusing on the form of the horse. His first major depiction of the horse was a very abstract large scale stainless steel work which was exhibited in Trump Tower in 1984. This sculpture marked a return to a more form-based focus.

Whilst working on the Trump Tower horse, he was also working on a second monumental depiction of a horse biting its tail, almost 10.5 ft in height and titled 'Il Cavallo'. The first version of Il Cavallo was finished in bronze with the majority of the work being completed from his 54 Crosby St studio. Upon completion, Di Modica on his own loaded the sculpture onto the back of a kart and attached it to his Ferrari 328GTS on Valentines Day 1985. He then drove to Lincoln Center with the sculpture covered in a red sheet with the message 'Be my Valentine N.Y Love AD'.

A copy of the work was later sold to the Italian designer Roberto Cavalli.

On October 19, 1987 Black Monday struck the American financial markets and the country entered a very difficult period. Di Modica recounted that he felt indebted to the American people for welcoming him into their country which enabled his success and he wanted to give something back. It was this event which conceived Charging Bull.

Di Modica spent the next two years creating the 16-foot bronze, financing all of the $350,000 expenses himself. The sculpture was created in his Crosby Street studio and then cast using a local foundry. Once complete, Di Modica spent the next few nights watching the police patrols on Wall Street trying to find a window of opportunity. After establishing exactly where he wanted to place the bull he went home to rest. On 15 December 1989 Di Modica returned with a group of friends and Charging Bull on the back of a truck. However upon his arrival, during the day time a 40-foot Christmas Tree had been installed exactly where he wanted to place the sculpture. With only four minutes between the police patrols, he announced "drop the bull under the tree – its my gift".

Di Modica stayed by the bull to greet the morning commuters as they came to discover the sculpture. However, while he was away for lunch, the New York Stock Exchange arranged for the sculpture to be collected by a local firm. The late night event went on to make news all around the world, including the front page of the New York Post. Due to the public demand for the bull's return, Parks Commissioner Henry Stern arranged for the sculpture's installation at Bowling Green on 20 December 1989, which is where it can be found to this day.

The original idea by Di Modica was to inspire each person who came into contact with the sculpture to carry on fighting with "strength and determination" through the hard times for the future. Di Modica later was quoted while in conversation with the famous art critic Anthony Haden Guest as saying, "my point was to show people that if you want to do something in a moment things are very bad, you can do it. You can do it by yourself. My point was that you must be strong".

Charging Bull became part of an image macro put out by Adbusters that publicized Occupy Wall Street, featuring a ballerina posed atop it with the text

"What Is Our One Demand: #OccupyWallStreet / September 17th. / Bring Tent."

Charging Bull has featured in several films set in Manhattan, including The Big Short, The Wolf of Wall Street and most famously in The Sorcerer's Apprentice, in which the sculpture comes alive and chases Nicolas Cage down Broadway. In 2017 Charging Bull received media attention when a sculpture of a small girl appeared in front of it. Di Modica complained the sculpture changed the meaning of his work.

In 2019 a man attacked Charging Bull with a steel banjo covered in nails and a couple of months later was attacked a second time by climate change protestors who covered the sculpture in fake blood.

Di Modica worked the majority of his career alone, from his SoHo studio, meeting his collectors directly such as billionaire and ex-majority shareholder of Christies, Joe Lewis, and the Italian designer Roberto Cavalli. By the 90's Di Modica's artwork had achieved a global icon status but the artist continued to work alone outside of the formal art market.

In 2012 Di Modica met for the first time with the London based art dealer, Jacob Harmer, and shortly afterwards entered into his first formal representation agreement with Harmer's dealership, Geist based on Mount Street, Mayfair. From 2013 Harmer began documenting the life of the artist, commissioning new sculptures, buying back historical works and building a global market of dealers, galleries and auction houses.

Jacob Harmer was quoted explaining the strength of Di Modica's market being "in 100-years time you can still expect Charging Bull to be there drawing millions of visitors each year, driving the demand for the market. The world knows Charging Bull but only now is it learning about the incredible life of the artist. There are very few artists in the history of art which have achieved the level of public recognition as Arturo Di Modica".

The contents of this page are sourced from Wikipedia article on 06 Apr 2020. The contents are available under the CC BY-SA 4.0 license.
View Arturo Di Modica 's image gallery
Image Gallery 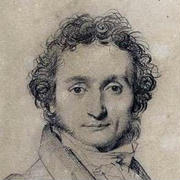