Arthur Korn (May 20, 1870, Breslau, Germany – December 21/December 22, 1945, Jersey City, New Jersey) was a German physicist, mathematician and inventor. He was involved in the development of the fax machine, specifically the transmission of photographs or telephotography, known as the Bildetelegraph, related to early attempts at developing a practical mechanical television system.

Korn was the son of Jewish Moritz and Malwine Schottlaender. He attended gymnasia in Breslau and Berlin. He then studied physics and mathematics in Leipzig at the age of 15, from where he graduated in 1890. Afterwards he studied in Berlin, Paris, London and Würzburg. In 1895 he became a lecturer in law at the University of Munich, and was appointed professor in 1903. In 1914 he accepted the chair of physics at the Berlin Institute of Technology.

Dr. Korn, being of Jewish descent, was dismissed from his post in 1935 with the rise of the Nazi Party. In 1939 he left Germany with his family and moved to the United States, entering via Mexico. There, he took the chair in physics and mathematics at Stevens Institute of Technology in Hoboken, New Jersey. He died in Jersey City, New Jersey in 1945.

Korn experimented and wrote on long-distance photography, the phototelautograph. He pioneered the use of light sensitive selenium cells which took over from the function of the stylus, and used a Nernst lamp as a light source. On the 18th October, 1906, he managed to transmit a photograph of Crown Prince William over a distance of 1800 km.

At a 1913 conference in Vienna, Korn demonstrated the first successful visual telegraphic transmission of a cinematic recording. Under heavy media attention in 1923, he successfully transmitted an image of Pope Pius XI across the Atlantic Ocean, from Rome to Bar Harbor, Maine, the picture being hailed as a "miracle of modern science". From 1928 onwards, the German police used Korn's system to send photographs and fingerprints, though the use of the "phototelegraph" in apprehending a thief from a Stuttgart bank in London was recorded in 1907, as well as the use of the technology by the media, with the French paper l'Illustration contracting for a French monopoly that lasted until 1909.

He also worked on potential theory and the mathematics of physics.

Arthur Korn was involved in the development of the fax machine, specifically the transmission of photographs or telephotography, known as the Bildetelegraph, related to early attempts at developing a practical mechanical television system. 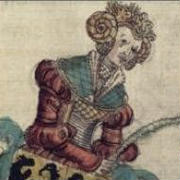 Landgravine of Thuringia and Countess Palatine of Saxony