Arthur Hanlon is an American pianist, songwriter and arranger widely regarded as the best-known instrumentalist in the Latin music realm. Born to Irish-American parents, he hails from Detroit, Michigan, but found his calling in Latin music and has received widespread recognition in that realm, becoming the first pianist to reach the Billboard Latin airplay charts in more than a decade and the first to have a No. 1 on Billboard's Tropical Airplay chart Arthur's latest project is "Viajero," a CD/DVD documenting his travels through eight countries --Argentina, Colombia, Brazil, Italy, Portugal, Spain, Mexico and Cuba in Miami. Arthur recorded an iconic Latin track in each song and his travels were documented by a traveling film crew. "Viajero" mini-docs premiered on American Airlines flights and the album "Viajero," the first for Arthur on Sony Music Latin, was released in mid 2016.
Hanlon's last album was "Encanto Del Caribe", is a CD/DVD of a live concert performance filmed at Puerto Rico's historic San Cristobal Castle featuring Hanlon on piano with several guest artists: Marc Anthony, Laura Pausini, Natalia Jimenez, Cheo Feliciano, Bernie Williams and Ana Isabelle (though she does not appear on both the DVD and CD but credited on both). "Encanto Del Caribe" was also produced as a special for public television and has aired throughout the United States. The album, out on Universal Music Latin, spent five weeks on the Top 10 of Billboard's Latin Pop Albums charts.

The third of seven children, Hanlon started playing the piano at six, and at 15, was already playing professional gigs in Detroit with ensembles that included the Flip Jackson Band. Hanlon would eventually get his master's degree in piano performance from Manhattan School of Music in New York City.

While in New York, he encountered Latin music head-on, and regularly played Latin club gigs while at the same time studying the music of classical composers.

Hanlon’s first album was an independent recording of purely original material, appropriately titled ’’Encuentros.’’ Licensed by Max Music and distributed by Universal, Encuentros brought Hanlon to the attention of Fonovisa Records, the leading indie Latin label in the country at the time, with whom he signed in 2000.

He followed up with 11 Números Uno, a more classically-tinged album of covers of Latin standards plus one of his original compositions.

He consolidated himself as an instrumentalist with 2005’s La Gorda Linda, an album of mostly original material that featured a handful of guest artists, including jazz trumpeter Arturo Sandoval, salsa star Tito Nieves and Mexican singer Ana Bárbara. The album was produced by Grammy winners Sergio George and Kike Santander and was a multiple finalist for the 2006 Billboard Latin Music Awards, in which Hanlon performed.

In 2006, Hanlon was signed by EMI, and released Mecanomanía, an album of covers of Spanish pop trio Mecano, set to chill-out arrangements.

The video for the album’s first single, “Hijo de la Luna,” was shot at the Baldwin piano factory, marking the first time in the company’s nearly 100-year history that a music video was shot in its installations.

In 2007, Hanlon toured the United States with Puerto Rican pop star Chayanne, opening a series of arena dates for the singer.

Hanlon has also recorded several Christmas singles that have been used for different campaigns. "Esta Navidad," which Hanlon wrote in 2008 and which features Puerto Rican singer Janina on vocals, was used by the Univision Network for their Christmas on-air campaign in several markets, including Miami, New York and Chicago. The song was also released as a single to radio. In 2010, Hanlon wrote and recorded a second Christmas single, "Navidad, Navidad," which he recorded with Venezuelan duo Chino y Nacho and Mexican singer Dulce Maria on vocals. The song is a Spanish version adaptation of Jingle Bells. It was also used by Univision for its Christmas campaign on several major Latin markets.

"Viajero," Hanlon's latest album, was released throughout Latin America and Spain in 2016.

In a memorable moment, Hanlon played "No Me Llames Extranjero," a song about immigrants, with Fonsi and Montaner during the 2006 Latin Billboard Music Awards which aired on Telemundo. In the live concert arena, Hanlon has shared the stage with the likes of Ricardo Montaner, Luis Fonsi, Laura Pausini, Alejandro Fernandez, Myriam Hernández and pop star Chayanne, for whom he opened a series of arena dates in 2007. Arthur was also nominated for a New York Emmy Award for his jingle "Esta Navidad" (This Christmas), based on his single of the same name, which was picked up by Univision as its Christmas jingle and spot for 2008.

Hanlon returned to the Billboard charts in the Summer of 2009 with "Ya Te Olvide," a single from "Piano Sin Fronteras" featuring Ricardo Montaner. To date, Hanlon has had four major label releases, all under Latin labels, making him an anomaly in the pop music world. He is currently signed to Universal Latin. Aside from his new album, his history of recorded collaborations includes Gloria Estefan (in her album "Unwrapped"), Arturo Sandoval (with whom he recorded "Marianela," from Hanlon's album "La Gorda Linda"), Crooked Stylo (with whom he co-wrote the track "Don Miguel," from the album "Malhablados"), Tito Nieves (who sings in the track "La Gorda Linda" from Hanlon's album of the same name) and Ana Bárbara (who sings "Estar a Tu Lado," from "La Gorda Linda").

Hanlon also composed and produced "La Gota de la Vida" (The Drop of Life), a song recorded by 46 artists to benefit Cancer Research Center City of Hope and whose video was directed by Simon Brand.

In 2010, Hanlon was asked to write a song in Spanish to be used by cancer center City of Hope to raise awareness on the importance of bone marrow donation. Hanlon penned "La Gota de la Vida" (The Drop of Life) and ultimately recorded it with dozens of Hispanic stars, including Enrique Iglesias, Gloria Estefan, Franco de Vita, David Bisbal, Jenni Rivera, Oscar D'Leon, Gilberto Santa Rosa, Luis Fonsi, Marco Antonio Solis and more. A video, directed by Colombian video and film director Simon Brand, was shot in several U.S. cities, including Miami and Las Vegas. "La Gota de la Vida" was officially premiered at the Nokia Theatre in Los Angeles with a live performance featuring Hanlon on piano and several of the artists who sang on the video. https://www.youtube.com/watch?v=Ffu71hT-FRk

Hanlon's last project for Universal was "Encanto del Caribe" (Caribbean Fantasy), a live concert recorded at historic San Cristobal Castle in Puerto Rico with guest artists Marc Anthony, Laura Pausini, Natalia Jimenez, New York Yankee great Bernie Williams on the guitar, Cheo Feliciano, and Ana Isabelle (though she does not appear on both the DVD and CD but credited on both). A UNESCO World Heritage Site, San Cristobal allowed filming inside its premises for the first time in history with "Encanto del Caribe." The special aired on public television stations across the United States and a CD/DVD was released by Universal August 21, 2012. "Encanto del Caribe" features original instrumental recordings composed by Hanlon as well as Latin standards. The album was produced by Grammy winner Julio Reyes Copello and the musical direction of the show was under Puerto Rican bandleader Cucco Pena.

In 2013, Hanlon released "I'll Be There (Alli Estare)," a bilingual cover of the Jackson Five classic with up and coming bachata star Karlos Rose on vocals. The track spent 16 weeks on the Top 10 of Billboard's Tropical Airplay chart. 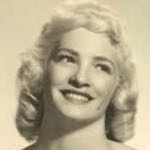