Arthur Colum Michael Connolly-Gore, 9th Earl of Arran (born 14 July 1938), styled Viscount Sudley between 1958 and 1983, is an English peer and Lord Temporal in the House of Lords, sitting with the Conservative Party.

Lord Arran is the son of Arthur Gore, 8th Earl of Arran and the former Fiona Colquhoun, first daughter of Sir Iain Colquhoun of Luss, 7th Baronet. He was educated at Eton College and Balliol College, Oxford.

He succeeded as 9th Earl of Arran on 23 February 1983, upon the death of his father. In the Lords, Lord Arran has played an active role for the Conservative Party, serving in several junior ministerial roles. In June 2013, he opposed same-sex marriage, adding, "The Roman empire fell for three reasons. There was the worship of sporting heroes, widespread corruption and the decadence and flaunting of homosexuality. I fear that in this country we aren't too far from being decadent."

On 28 September 1974 Arran married Eleanor van Cutsem, granddaughter of Hugh Fortescue, 5th Earl Fortescue, and heiress of the Fortescue seat of Castle Hill, in Devon. She was appointed a Member of the Order of the British Empire (MBE) in the Queen's Birthday Honours 2008. Lord and Lady Arran run the Fortescue family's stately home, Castle Hill House and gardens in Devon, as a venue for weddings and corporate hospitality. They also let out 50 properties on the surrounding 5,000-acre Filleigh estate in Devon. He has no son, but has two daughters:

Since Lord Arran has no sons by his wife, and all other lines of descent from the 4th Earl of Arran have died out, his heir presumptive is currently his very distant cousin, William Henry Gore (born 1950), who lives in Australia, descended from the youngest brother of the 4th Earl.

‹ The template below (Infobox coat of arms wide) is being considered for merging. See templates for discussion to help reach a consensus. ›
The contents of this page are sourced from Wikipedia article. The contents are available under the CC BY-SA 4.0 license.
comments so far.
Comments
From our partners
Sponsored
Trending today in 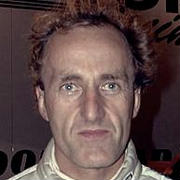