He was a member of the U.S. Navy V-12 program at Iowa State College, and received his B.S. in aeronautical engineering there in 1946. He earned his Ph.D. from the California Institute of Technology, graduating in 1951. His thesis An Interferometric Wind Tunnel Study of Transonic Flow past Wedge and Circular Arcs was advised by Hans W. Liepmann.

Bryson was the Ph.D. advisor to the Harvard control theorist Yu-Chi Ho. 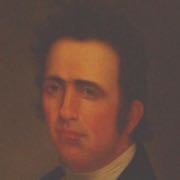