Arthur Cecil Pigou (/ˈpiːɡuː/; 18 November 1877 – 7 March 1959) was an English economist. As a teacher and builder of the school of economics at the University of Cambridge, he trained and influenced many Cambridge economists who went on to fill chairs of economics around the world. His work covered various fields of economics, particularly welfare economics, but also included Business cycle theory, unemployment, public finance, index numbers, and measurement of national output. His reputation was affected adversely by influential economic writers who used his work as the basis on which to define their own opposing views. He reluctantly served on several public committees, including the Cunliffe Committee and the 1919 Royal Commission on Income tax.

Arthur Cecil Pigou was born at Ryde on the Isle of Wight, the son of Clarence George Scott Pigou, an army officer, and his wife Nora Biddel Frances Sophia Lees, daughter of Sir John Lees, 3rd Baronet. He won a scholarship to Harrow School where he was in Newlands House and became the first modern head of school. The school's economics society is named The Pigou Society in his honour. In 1896 he was admitted to King's College, Cambridge, as a history scholar where he first read history under Oscar Browning. He won the Chancellor's Gold Medal for English Verse in 1899, and the Cobden (1901), Burney (1901), and Adam Smith prizes (1903), and made his mark in the Cambridge Union Society of which he became President in 1900. He came to economics through the study of philosophy and ethics under the Moral Science Tripos. He studied economics under Alfred Marshall, whom he later succeeded as professor of political economy. His first and unsuccessful attempt for a fellowship at King's was a thesis on "Browning as a Religious Teacher."

Pigou began lecturing on economics in 1901 and started giving the course on advanced economics to second year students on which was based the education of many Cambridge economists over the next thirty years. In his early days he lectured on a variety of subjects outside economics. He became a Fellow of King's College on his second attempt in March 1902, and was made Girdler's lecturer in the summer of 1904. He devoted himself to exploring the various departments of economic doctrine, and as a result published the works on which his worldwide reputation rests. His first work was more philosophical than his later work as he expanded the essay which had won him the Adam Smith prize in 1903 into Principles and Methods of Industrial Peace.

In 1908 Pigou was elected Professor of Political Economy at the University of Cambridge in succession to Alfred Marshall. He held the post until 1943.

Pigou's most enduring contribution was The Economics of Welfare, 1920, in which he introduced the concept of externality and the idea that externality problems could be corrected by the imposition of a Pigovian tax. The externality concept remains central to modern welfare economics and particularly to environmental economics. The Pigou Club, named in his honour is an association of modern economists who support the idea of a carbon tax to address the problem of climate change.

A neglected aspect of Pigou's work is his analysis of a range of labour-market phenomena studied by subsequent economists, including collective bargaining, wage rigidity, internal labour markets, segmented labour market, and human capital.

One of his early acts was to provide private financial support for John Maynard Keynes to work on probability theory. Pigou and Keynes had great affection and mutual regard for each other and their intellectual differences never put their personal friendship seriously in jeopardy.

Pigou was generally critical of Keynesian macroeconomics and developed the idea of the Pigou effect on real money balances to argue that the economy would be more self-stabilizing than Keynes proposed. In a couple of lectures delivered in 1949 he made a more favourable, though still critical evaluation of Keynes' work: "I should say... that in setting out and developing his fundamental conception, Keynes made a very important, original and valuable addition to the armoury of economic analysis". He later said that he had come with the passage of time to feel that he had failed earlier to appreciate some of the important things that Keynes was trying to say.

Keynes, in turn, was very critical of Pigou, mentioning Pigou at least 17 times in The General Theory of Employment, Interest and Money, usually disparagingly.

Pigou had strong principles, and these gave him some problems in World War I. He was a conscientious objector to military service when it required an obligation to destroy human life. He remained at Cambridge, but during the vacations was an ambulance driver at the front for the Friends' Ambulance Unit, and insisted on undertaking jobs of particular danger. Towards the end of the war he reluctantly accepted a post in the Board of Trade, but showed little aptitude for the work.

He was a reluctant member of the Cunliffe Committee on the Currency and Foreign Exchange (1918–1919), the Royal Commission on the Income Tax (1919–1920), and the Chamberlain Committee on the Currency and Bank of England Note Issues (1924–1925). The report of the last body was the prelude to the much criticised restoration of the gold standard at the old parity of exchange. Pigou was elected to the British Academy in 1925, but resigned in 1947. In later years he withdrew from national affairs and devoted himself to more academic economics and writing weighty letters to The Times on problems of the day. He was a foreign honorary member of the American Academy of Arts and Sciences, a foreign member of the Accademia Nazionale dei Lincei, and an honorary resident of the International Economic Committee.

He loved mountains and climbing, and introduced climbing to many friends, such as Wilfrid Noyce and others, who became far greater climbers. An illness affecting his heart developed in the early nineteen-thirties, however, and this affected his vigour, curtailing his climbing and leaving him with phases of debility for the rest of his life. Pigou gave up his professor's chair in 1943, but remained a Fellow of King's College until his death. In his later years he gradually became more of a recluse, emerging occasionally from his rooms to give lectures or to take a walk. 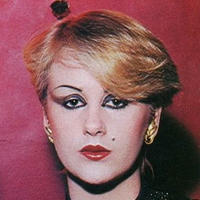