He studied philology and history at the University of Leipzig, where he was influenced by Gottfried Hermann (1772–1848) and Moritz Haupt (1808–1874). After graduation, he was persuaded by educationist Karl Justus Blochmann (1786–1855) to relocate to Dresden, where he subsequently taught classes in history and ancient languages at the Vitzthum gymnasium. In 1851 he was appointed to the Royal Saxon state school (St. Augustin gymnasium) in Grimma.

Largely known for his writings on ancient Greek and Roman history, he also made contributions in studies involving the history of Prussia. The following are a few of his principal works: 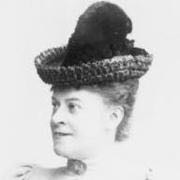