Oliver, the son of British immigrants, began his career with the New Bedford Quisset Mill, a cotton mill, club when he was fourteen. He then played with the Shawsheen Indians, a local amateur club which joined the professional American Soccer League in 1925. However, Oliver remained an amateur and when the Indians folded during the season, he moved to the Defenders Club, winning the 1926 National Amateur Cup title with them. Following the Amateur Cup final, Oliver turned professional when he signed with the New Bedford Whalers. He played only one game with the Whalers and in 1927, he moved to the Hartford Americans. However, they were kicked out of the league after only ten games and Oliver moved to J&P Coats for the remainder of the season. He spent most of the 1928-1929 season with J&P Coats, where he was at one point in a three-way tie for the league's scoring lead, but finished the season with the New Bedford Whalers. Oliver then moved to the Pawtucket Rangers for the fall 1929 season. In the fall of 1930, he began the season with the Marksmen before transferring to the Providence Gold Bugs. In the spring of 1931, he played with Fall River F.C. then with the Pawtucket Rangers in the fall of 1931. Some sources state Oliver ended his career in the American Soccer League in 1931, others say 1935. However, all agree that he finished his career with the amateur Santo Christos in 1938.

In 1930, Oliver was called into the U.S. national team for the 1930 FIFA World Cup. He did not enter any of the U.S. games at the tournament but played several exhibition games during the U.S. team's South American tour following the cup. However, none of those games are considered full internationals.

Following his retirement from playing, Oliver coached extensively. In 1966, he became the first head coach of the UMass Dartmouth men’s soccer team. From the team’s founding in 1966 through the 1969 season, Oliver took the team to a 40-11-2 record.

The contents of this page are sourced from Wikipedia article on 24 Apr 2020. The contents are available under the CC BY-SA 4.0 license.
comments so far.
Comments
Reference sources
References
https://web.archive.org/web/20090207172911/http://www.sover.net/~spectrum/natamateur.html
http://www.sover.net/~spectrum/natamateur.html
https://www.newspapers.com/image/411550696
http://www.umassd.edu/sports/menssoccer/archive.cfm
http://neshof.org/blog/wp-content/uploads/2006/10/inductees.htm
https://web.archive.org/web/20110727115228/http://neshof.org/blog/wp-content/uploads/2006/10/inductees.htm
http://www.umassd.edu/sports/halloffame/fulllist.cfm
http://archive.southcoasttoday.com/daily/06-02/06-20-02/a01lo006.html
http://national.soccerhall.org/famers/arnie_oliver.htm
Trending today in 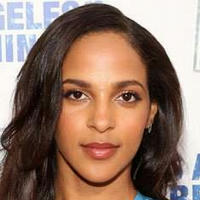 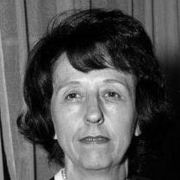 Personal secretary to the US President 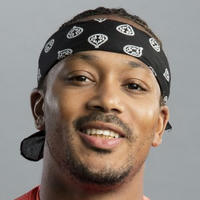