Arnaud Montebourg (French pronunciation: ​[aʁ.no mɔ̃t.buʁ]; born 30 October 1962) is a French politician who served in the government of France as Minister of Industrial Renewal from May 2012 to August 2014. Between April 2014 and August 2014, as a member of the short-lived First Valls Government, Montebourg held additional ministerial responsibilities whereby his overall brief encompassed the Economy, Industrial Renewal and Information Technology. He was succeeded by former investment banker Emmanuel Macron.

Previously he served as Deputy for the sixth district of Saône-et-Loire in the National Assembly of France from 1997 to 2012, and he was President of the General Council of Saône et Loire from 2008 to 2012. A member of the Socialist Party, Montebourg was a candidate in the Socialist presidential primary of 2011.

On 21 August 2016, Montebourg announced that he intended to seek the Socialist Party's nomination for the 2017 French presidential election. In the first round of the primary, held on 22 January, Montebourg was eliminated, once again coming in third place, with Benoît Hamon and Manuel Valls progressing to the runoff; Montebourg pledged his support for Hamon shortly thereafter.

Born at Clamecy in Nièvre, he is the son of Michel Montebourg, born in 1933, a civil servant employed in the Ministry of Economy and Finances, and Leïla Ould Cadi, born in 1939 in Oran, a professor of Algerian descent, who was born to a family of wālis (governors) from Hachem, northern Algeria.

Arnaud Montebourg became an attorney following university. Together with the notable attorney Thierry Levy, he defended Christian Didier, charged in the 1993 slaying of René Bousquet. The former Vichy official had been indicted for war crimes and was soon to be tried. Didier was convicted in 1995 and received a 10-year sentence.

Together with Bastien François, a Professor of Political Science at the Sorbonne University, in 2001 Montebourg was the cofounder of the Convention pour la VI-ème République (C6R). This convention called for significant constitutional changes, leading to the founding of a "Sixth Republic".

Montebourg was one of the founding members of the political movement known as the Nouveau Parti Socialiste (New Socialist Party). He left to create a new movement within the Socialist Party called Rénover, Maintenant (Renewal, Now). He was one of the leading opponents of President Jacques Chirac's immunity from prosecution, especially concerning the corruption scandals in the Paris region. Montebourg also supported reporter Denis Robert for his role in revealing the illegal system of double-accounts maintained by Clearstream, a clearing-house based in Luxembourg.

He has been engaged in a campaign against the rules governing taxation of foreign nationals and banking secrecy of Switzerland.

Montebourg was appointed as spokesman for Ségolène Royal's presidential campaign following his endorsement of her candidacy during the Socialist Party primary election of November 2006. On 18 January 2007, Royal suspended Montebourg from her campaign for one month the day after he said on a Canal+ talk show, "Ségolène Royal has only one fault, her partner." He was referring to the contradictory statements on tax policy made by Royal's partner, François Hollande, a leader of the Socialist Party. Montebourg had offered his resignation, which Royal refused to accept.

In 2011, when Dominique Strauss-Kahn was released from jail and flew back to France, Montebourg urged him to apologise for embarrassing the Socialist Party.

Montebourg placed third in the Socialist Party's primary election for the 2012 presidential election, receiving about 17% of the votes. (François Hollande was first and Martine Aubry was second). After Hollande was elected President, Montebourg was appointed as Minister of Industrial Renewal in the government of Prime Minister Jean-Marc Ayrault on 16 May 2012.

He made a controversial statement that nuclear energy is "an industry of the future" despite the 2011 Fukushima Daiichi nuclear disaster. Interior Minister Manuel Valls backed up Montebourg while the alliance of the Socialist Party with the Green Party might worsen if this statement confirms in practice a backtracking of the nuclear commitment of François Hollande and the Ayrault Cabinet. In November 2012, Arnaud Montebourg made further controversial statements about Lakshmi Mittal by declaring that "Mittal's lies since 2006 are overwhelming … he's never kept his word", urging him to leave the country: "We no longer want Mittal in France because they don't respect France".

Further on the topic of nuclear energy, he canceled in February 2013 the proposed EPR at the Penly Nuclear Power Plant, citing the capacity for electricity production and massive investments in renewable energy along with his confidence in the EPR as a competitive project in foreign countries.

In 2014, contemporary with the proposed General Electric takeover of Alstom, Montebourg introduced a decree, nicknamed the "décret Alstom", or the "décret Montebourg", extending the French state's right of veto of foreign takeovers to assets in the fields of energy supply, water, transport, telecoms and public health. Mountebourg was quoted as saying the decree protected France's strategic interests and represented the end of laissez-faire economic policy.

On 28 May 2014, Montebourg said that if the United Kingdom "were to vote to leave the EU, France will roll out the red carpet to British investors who will flee their country. They will all come to France because companies need Europe." He has often been critical of austerity measures pushed by Germany. On 24 August 2014, he told a meeting: "France is the euro zone's second-biggest economy, the world's fifth-greatest power, and it does not intend to align itself, ladies and gentlemen, with the excessive obsessions of Germany's conservatives."

In 2010, celebrity magazines revealed that he was in a relationship with Audrey Pulvar, a French television journalist. They announced the end of their relationship on 18 November 2012.

In February of 2015 Mounteborug saved several fellow diners as the New York City brasserie Balthazar form serious injury by single handedly holding up a mirror which had fallen from the restaurant's ceiling until more people could intervene. Afterwards he was lauded as a hero.

General councillor of Saône-et-Loire : Since 2008.

At the end of October 2014, Montebourg enrolled in the INSEAD graduate business school for a four-week course and sought a bursary for his studies. On 30 December 2014, he announced his retirement from political life. Between 16 and 26 February 2015, he was invited as a visiting professor of Economics at Princeton University. On 19 March 2015, he was appointed vice president of the supervisory board of the furniture chain, Habitat. On 26 March, the French-based consulting and business analyst company, Talan, announced that Montebourg had been given a place on its strategic policy committee.

He announced on 21 August 2016 that he planned to stand again as a candidate for the Socialist Party's presidential nomination in the 2017 presidential election. 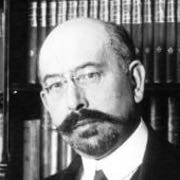