Armand Douglas Hammer (born August 28, 1986) is an American actor. The son of businessman Michael Armand Hammer and the great-grandson of oil tycoon Armand Hammer, he began his acting career with guest appearances in several television series. Hammer's first leading role was as Billy Graham in the 2008 film Billy: The Early Years, and he gained wider recognition for his portrayal of the Winklevoss twins in David Fincher's biographical drama film The Social Network (2010), for which he won the Toronto Film Critics Association Award for Best Supporting Actor.

Hammer went on to portray Clyde Tolson in the biopic J. Edgar (2011), play the title character in the western The Lone Ranger (2013), and star as Illya Kuryakin in the action film The Man from U.N.C.L.E. (2015). In 2017, he starred in Luca Guadagnino's romantic drama Call Me by Your Name, for which he received a nomination for the Golden Globe for Best Supporting Actor. The following year, he portrayed Martin D. Ginsburg in the biopic On the Basis of Sex (2018). On Broadway theatre, he starred in a production of Straight White Men in 2018.

Hammer has described his background as "half Jewish." His paternal great-grandfather was oil tycoon and philanthropist Armand Hammer, whose parents were Jewish immigrants to the U.S. from the (then) Russian Empire, and were of Ukrainian Jewish descent; Armand's father, Julius Hammer, was from Odessa (now in Ukraine, but then in the Russian Empire), and founded the Communist Party in New York.

Hammer lived in the Dallas neighborhood of Highland Park for several years. When he was seven, his family moved to the Cayman Islands, where they lived for five years, and then settled back in Los Angeles. He attended Faulkner's Academy in Governor's Harbour, Cayman Islands, and Grace Christian Academy, also in Grand Cayman (a school founded by his father in West Bay, Grand Cayman), and later went to Los Angeles Baptist High School in the San Fernando Valley. He dropped out of high school in eleventh grade to pursue an acting career. Subsequently, he took college courses. Hammer said his parents disowned him when he decided to leave school and take up acting but have since become supportive and proud of his work.

Hammer's professional acting career began with small guest appearances in the television series Veronica Mars, Gossip Girl, Reaper and Desperate Housewives. His first ventures into film began with a minor role in the 2006 film Flicka, as well as co-starring in a 2008 psychological thriller, Blackout. His first leading role in film came with his portrayal of the Christian evangelist Billy Graham in Billy: The Early Years, which premiered in October 2008. The film garnered Hammer a "Faith and Values Award" nomination in the Grace Award category, which is awarded for the Most Inspiring Performance in Movie or Television by Mediaguide, an organization which provides movie reviews from a Christian perspective.

In 2007, Hammer was hand-picked by filmmaker George Miller, after a long search, to star in the planned superhero film Justice League: Mortal, as Batman/Bruce Wayne. The film, which was to be directed by Miller, was eventually cancelled. The film's cancellation came in large part due to the looming 2007–08 Writers Guild of America strike as well as stalled budgetary rebate negotiations with the Australian Government. In 2009, he played Harrison Bergeron in 2081, based on the short story of the same name by author Kurt Vonnegut, which premiered at the Seattle International Film Festival.

In 2010, Hammer's breakthrough film role was in David Fincher's The Social Network, about the creation of Facebook. He portrayed the identical twins Cameron and Tyler Winklevoss, with actor Josh Pence serving as a body double during filming. The filmmakers utilized computer-generated imagery during post-production to superimpose Hammer's face over Pence's as well as the use of split-screen photography in certain scenes. In preparation for the film, Hammer stated that he had to learn how to row on both sides of a boat in order to play the twins, who are rowing champions. Hammer and Pence also went through 10 months of extensive twin boot camp in preparation for their roles, in order to "drill the subtle movements and speech patterns that the Winklevosses would have developed over two decades of genetic equality." This film earned Hammer his first critical plaudits, with Richard Corliss of Time remarking that Hammer's portrayal of the twins was "an astonishingly subtle trompe l'oeil of special effects." For his role in the film, Hammer won Toronto Film Critics Association Awards for Best Supporting Actor.

His next role was that of the first Associate Director of the FBI, Clyde Tolson, in Clint Eastwood's 2011 film J. Edgar. The biographical drama, written by Dustin Lance Black, focused on the expansive career of J. Edgar Hoover, of which the titular role was portrayed by Leonardo DiCaprio. The acting was largely praised, with David Denby of The New Yorker citing Hammer's performance as "charming" and The Hollywood Reporter's Todd McCarthy describing it as "excellent."

". McCarthy goes on further in his review to particularly praise the chemistry between DiCaprio and Hammer, specifically in their depiction of the often speculated romantic relationship between their characters, pointing out that, "...the way the homoerotic undertones and impulses are handled is one of the best things about the film; the emotional dynamics, given all the social and political factors at play, feel entirely credible, and the DiCaprio and Hammer excel during the exchanges of innuendo, covert desire, recriminations and mutual understanding." Despite this, the film received mixed reviews overall, in part due to the direction and writing, but with especially pointed criticism at the makeup used to age DiCaprio and Hammer's characters. Both actors received Screen Actors Guild Awards nods.

The following year, Hammer co-starred with Julia Roberts and Lily Collins in Mirror Mirror (2012), playing Prince Andrew Alcott. In January 2012, he voiced the Winklevoss twins in an episode of The Simpsons titled "The D'oh-cial Network". In 2013, Hammer was cast as the title role of Disney's, The Lone Ranger, alongside Johnny Depp as Tonto, in an adaptation of the radio and film serials Lone Ranger. The film, released theatrically in July 2015, was a box office bomb, grossing only $260.5 million worldwide on a reported budget of $215 million. In 2015, he starred in director Guy Ritchie's The Man from U.N.C.L.E., a feature film adaptation of the 1960s TV show The Man from U.N.C.L.E., playing Illya Kuryakin, opposite Henry Cavill.

The following year, Hammer played Sam Turner in the 2016 film The Birth of a Nation, directed by Nate Parker. The film, which premiered in competition at the Sundance Film Festival, won both the Audience Award and Grand Jury Prize in the U.S. Dramatic Competition. In January 2016, it was revealed that since 2013, Hammer was in contact with the family of the infamous drug lord Edgar Valdez Villarreal and secured the rights to film the life story of the cartel leader. He then had a role in the ensemble of Tom Ford's film Nocturnal Animals, played Ord in the action film Free Fire, which was written and directed by Ben Wheatley, and played the protagonist, Mike Stevens, in the film Mine.

In 2017, Hammer starred as Oliver in Call Me by Your Name, starring opposite Timothée Chalamet and Michael Stuhlbarg. The film, an adaptation of an André Aciman novel of the same name, was directed by Luca Guadagnino. Production began in May 2016, and the film premiered at the 2017 Sundance Film Festival. For his work in the film Hammer received acclaim from critics and nominations for the Critics' Choice Award, the Independent Spirit Award, and the Golden Globe for Best Supporting Actor. Film critic, Richard Lawson of Vanity Fair asserted that Hammer utilized, "his ludicrous proportions and chiseled handsomeness to great, surprisingly witty and sensitive effect." The Atlantic's David Sims remarked, "Hammer, who could so easily be reduced to the part of a typically handsome Hollywood stand-in, is mesmerizing; he switches between Oliver’s public brashness and private tenderness with ease, making his character far more than a simple object of desire." While Michael Phillips of the Chicago Tribune declared that Hammer's performance in the film was, "the most easy-breathing and relaxed best work of his career." Hammer's acclaim was further echoed by Peter Travers, who in his review for Rolling Stone declared him, "a revelation, giving his most complex screen role to date the tightrope thrill of full immersion." Also highlighted often was the "ridiculous chemistry" between Hammer and his co-star Chalamet, in which Christy Lemire of RogerEbert found Hammer in the pairing successful, in part due to his skill in finding the, "tricky balance between the character’s swagger and his vulnerability as he gives himself over to this exciting affair." He also read the audiobook, which was published by Macmillan Publishers.

In the same year, he voiced Jackson Storm, the main antagonist, in Disney-Pixar's animated film Cars 3, as well as starred alongside Geoffrey Rush in Stanley Tucci's Final Portrait. The film premiered at the 2017 Berlin International Film Festival and received a theatrical release the following year by Sony Pictures Classics to favorable reviews. Owen Gleiberman of Variety praised Hammer's ability to, "suggest turbulent eddies of thought beneath the blondish Clark Kent looks and preppie manners." While The Village Voice found the performances, "uniformly strong" and cited Hammer's portrayal of American author, James Lord as the "comic highlight".

In 2018, Hammer co-starred in Boots Riley's dark comedy Sorry to Bother You alongside Lakeith Stanfield, Steven Yeun, and Tessa Thompson. Hammer's character, Steve Lift, described as both an, "irresistibly funny" and "coke-snorting, abominable villain" by Film Journal International critic Tomris Laffly was, "played by Armie Hammer, perhaps too perfectly for his own good." according to The New York Times critic A.O. Scott. The film premiered at the Sundance Film Festival on January 20. The film won The 2019 National Board of Review's Top Ten Independent Films award. It also won Best Screenplay and Best First Feature at the 2019 Independent Spirit Awards. He then appeared as David in the thriller Hotel Mumbai, about the 2008 Mumbai attacks. The film had its world premiere at the Toronto International Film Festival on September 7, 2018. In the same year, Hammer starred alongside Felicity Jones, playing taxation law expert Martin D. Ginsburg, the spouse of Supreme Court Justice Ruth Bader Ginsburg, in On the Basis of Sex, a biographical legal drama film based on the life and early cases of Ruth, directed by Mimi Leder. It had its world premiere at the AFI Fest on November 8, 2018. In June 2018, Hammer led as Drew in Straight White Men at Second Stage Theater on Broadway. For his notable film works from 2017 to 2018, Hammer was awarded "Outstanding Achievement in Cinema" by The SCAD Savannah Film Festival.

In 2019, Hammer starred in Babak Anvari's psychological horror film Wounds along with Dakota Johnson. It had its world premiere at the Sundance Film Festival on January 26, 2019. He then joined Gary Oldman and Evangeline Lilly in the opioid crisis thriller Dreamland. The film will be released in 2020. He has been cast in director Kenneth Branagh's adaptation of Agatha Christie's Death on the Nile. The film will co-star Branagh, along with Gal Gadot and Letitia Wright. He will also star as Maxim de Winter in a new adaptation of Daphne du Maurier's Gothic romance Rebecca, to be directed by Ben Wheatley and co-starring Lily James. He next will co-star in Taika Waititi's sports comedy film Next Goal Wins alongside Michael Fassbender, Elisabeth Moss, Beulah Koale, and Rachel House. The film will be released by the end of 2020.

On May 22, 2010, Hammer married television personality Elizabeth Chambers, and their wedding was featured in the January 2011 issue of Town & Country. The pair were introduced by Hammer's friend, artist Tyler Ramsey. They have two children. On July 10, 2020, Hammer and Chambers announced they were separating and planning to divorce after ten years.

Hammer is known for his outspoken, politically and socially charged views on his social media accounts.

The contents of this page are sourced from Wikipedia article on 11 Jul 2020. The contents are available under the CC BY-SA 4.0 license.
View Armie Hammer 's image gallery
Image Gallery 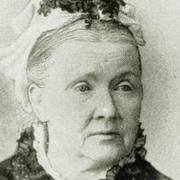 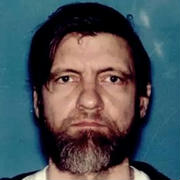 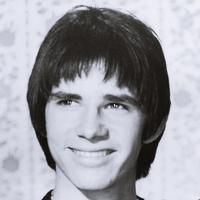