Arindam Ghosh is an experimental condensed matter physicist and a Professor in the Department of Physics, Indian Institute of Science, Bangalore, India. He was awarded the Shanti Swarup Bhatnagar Prize for science and technology, the highest science award in India, for the year 2012 in physical sciences category.

Ghosh majored in physics from Calcutta University (1991). Following the graduation, he moved to IISc, Bangalore where he did his masters (1994) and PhD (1999) in Physics. He was then a postdoctoral research associate at the University of Cambridge, UK (2000–2005). Ghosh then came back to IISc to take up a position as an assistant professor (2005–2011) followed by an associate professor (2011–2017). In 2017, he was promoted to a full professor of physics at the Department of Physics, IISc Bangalore . During his tenure at IISc, he was also a Visiting Research Fellow in Nanotechnology at T J Watson Research Center of IBM, Yorktown Heights, New York, USA (May 2009 – Sept 2009). 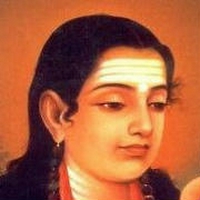