Holan was born in Lomas de Zamora, in the Buenos Aires Province. Despite stating that his childhood passion was football, he started his career playing field hockey for Lomas Athletic Club. He quit his playing career in 1979, while at San Martín, following the death of his father.

In 1990, Holan was Gustavo Paolucci's assistant at the Argentina women's national team for the year's World Cup. After the end of the tournament, he returned to Lomas, now as coach of the women's main squad.

Holan subsequently worked with Banfield, San Fernando and Gimnasia y Esgrima de Buenos Aires before taking over Uruguay women's national team in 2003. At the 2003 Pan American Games held in Santo Domingo, his side won the Bronze medal after losing the semifinals to champions Argentina.

In 2003, after attending soccer clinics in Pennsylvania and Atlantic City, Holan was appointed Jorge Burruchaga's assistant at Arsenal de Sarandí. He continued to work with Burrruchaga in the following years, at Estudiantes, Independiente, Banfield and back at Arsenal.

On 11 June 2015, Holan was named Defensa y Justicia manager, replacing José Oscar Flores. Earning plaudits for the team's performances, he led the club to a Copa Sudamericana qualification (the club's first ever international tournament), but resigned on 14 November 2016.

On 29 December 2016, Holan was appointed manager of Independiente, in the place of fired Gabriel Milito. Roughly one year later, he lifted the 2017 Copa Sudamericana after defeating Flamengo at the Maracanã Stadium.

On 20 December 2017, Holan announced that he would not renew his contract with Independiente, which was due to expire in the end of the year. Three days later, however, he signed a new contract until the end of 2018.

On 27 June 2018, Holan extended his contract with Independiente until 2021. The following 10 July, however, he left the club on a mutual agreement.

Statistics detailed by team and tenure

The contents of this page are sourced from Wikipedia article on 24 May 2020. The contents are available under the CC BY-SA 4.0 license.
View Ariel Holan 's image gallery
Image Gallery 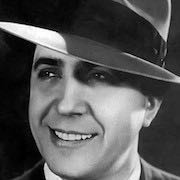 Argentinian singer, songwriter, actor; the most prominent figure in the history of tango