Lawrence Ari Fleischer (born October 13, 1960) is a former White House Press Secretary for U.S. President George W. Bush, from January 2001 to July 2003. Today, he works as a media consultant for the NFL, College Football Playoff, and other various sports organizations and players through his company, Ari Fleischer Sports Communications. He was also an international media consultant to former Canadian Prime Minister Stephen Harper. He helped Mark McGwire in his media strategy for his admission of steroid usage. He is also a regular CNN contributor. He was also briefly hired by Tiger Woods to help him with a strategy to make his entrance back on the PGA Tour, but was not retained after news stories surfaced promoting his representation of Woods. He was hired by the Green Bay Packers as a consultant in August 2008.

Fleischer was born in Pound Ridge, New York, the son of Martha, a database coordinator, and Alan A. Fleischer, who owned an executive recruiting company named Fleischer Search. His parents were Jewish; his mother is a Hungarian immigrant who lost much of her family in the Holocaust. He graduated from Fox Lane High School in Bedford, New York, in 1978, and graduated from Middlebury College in Vermont in 1982.

Fleischer served as Senator Pete Domenici's press secretary from 1989 to 1994. He then served as spokesman for the House of Representatives' Ways and Means Committee for five years. He worked as deputy communications director for George H. W. Bush's 1992 reelection campaign.

Although Fleischer served as communications director for Elizabeth Dole during her presidential run in the 2000 election campaign, he joined George W. Bush's presidential campaign after Dole dropped out of the race. When Bush became the President in 2001, he tapped Fleischer to become the first press secretary of his administration.

Fleischer is credited with having been the first to introduce the phrase "homicide bombing" to describe what has also been called suicide bombing, in April 2002, to emphasize the terrorist connotations of the tactic:

On May 19, 2003, he announced that he would resign during the summer, citing a desire to spend more time with his wife and to work in the private sector. He was replaced by deputy press secretary Scott McClellan on July 15, 2003.

Fleischer became an important figure in the CIA leak case; he testified that Scooter Libby, Vice President Dick Cheney's former Chief of Staff, told him that Valerie Plame was a covert agent weeks before Libby had claimed to have been informed of Plame's status by a reporter.

On July 7, 2003, at The James S. Brady Briefing Room, Fleischer was asked about Joseph Wilson, a former U.S. ambassador who had recently written a New York Times editorial criticizing the intelligence information the Bush administration had relied upon to make its case for invading the nation of Iraq. Specifically, Fleischer was asked to respond to Mr. Wilson's assertion that he had been sent to Niger to investigate claims that Saddam Hussein had sought yellowcake uranium and found no evidence that such events had ever occurred.

Fleischer testified in open court on January 29, 2007, that Libby told him on July 7, 2003, at lunch, about Plame, who is Wilson's wife. MSNBC correspondent David Shuster summarized Fleisher's testimony on Hardball with Chris Matthews:

Fleischer also testified to the fact that Dan Bartlett, the president's communications adviser, told him the same thing on Air Force One days later on the way to Niger with President Bush. Fleischer had then relayed this information to Time correspondent John Dickerson and NBC's David Gregory in Uganda during the African trip.

Dickerson denied that such a conversation ever took place. Ari Fleischer gave his final "Press Briefing" on July 14, 2003.

On July 18, 2005, Bloomberg reported that in his sworn testimony before the grand jury investigating the leak, Fleischer denied having seen a memo circulating in Air Force One on July 7, 2003, which named Plame in connection to Wilson's mission and which identified her as a "CIA" covert agent. However, a former Bush Administration official also on the plane testified to having seen Fleischer perusing the document.

Columnist Robert Novak, who published Plame's name on July 14, 2003, made a call to Fleischer on July 7, 2003, before Fleischer's trip to Africa with President Bush. It is unclear whether Fleischer returned Novak's call. However, Fleischer is mentioned in Special Prosecutor Patrick Fitzgerald's indictment of Libby. The indictment states that Libby told Fleischer (referred to as the White House press secretary in the indictment) that Plame worked for the "CIA" and that this fact was not well known.

After receiving an immunity agreement, Fleischer testified that he had revealed Plame's identity to reporters after learning it from Libby.

However, in the end it was discovered that Richard Armitage first leaked Plame's identity, not Libby or Cheney.

Fleischer published a memoir, Taking Heat: The President, the Press and My Years in the White House, in 2005. Michiko Kakutani wrote in The New York Times, “[T]his book does not provide any new insights into the workings of the current White House. It does not present compelling portraits of cabinet members or members of the White House supporting cast. And it does not shed new light on the president or his methods of governance.” She found the book “insular, defensive and wholly predictable." In Salon.com, Eric Boehlert declared that despite “a few curious nuggets,” the book is “long on praise for his boss and criticism of the ‘liberal’ media, and short on revelations.”

In November 2002, Fleischer married Rebecca Elizabeth Davis, an employee in the Office of Management and Budget, in an interfaith ceremony. Rabbi Harold S. White officiated the ceremony, with the participation of Rev. Michael J. Kelley, a Roman Catholic priest. They live in New York with their two children. Fleischer's brother, Michael, worked for the Coalition Provisional Authority in Iraq.

He is on the board of the Republican Jewish Coalition.

He was portrayed by Rob Corddry in Oliver Stone's W., a biographical movie about George W. Bush.

He enjoys playing baseball in his free time and is a member of the two-time President's Cup champion Ridgefield Rockers. 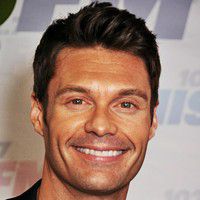 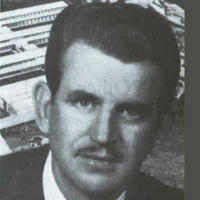 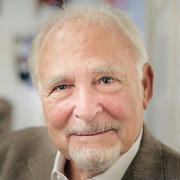