Arcadius of Antioch
The basics

Arcadius of Antioch (Greek: Ἀρκάδιος ὁ Ἀντιοχεύς) was a Greek grammarian who flourished in the 2nd century CE. According to the Suda, he wrote treatises on orthography and syntax, and an onomasticon (vocabulary), described as "a wonderful production."

Ancient Greek: Περὶ τόνων (Peri tonon), an epitome of the major work of Herodian on general prosody in twenty books, was wrongly attributed to Arcadius; it is probably the work of Theodosius or a grammarian named Aristodemus. This epitome was the work of a forger of the 16th century. Though meager and carelessly assembled, it preserves the order of the original and so affords a foundation for its reconstruction.

The contents of this page are sourced from Wikipedia article on 08 Mar 2020. The contents are available under the CC BY-SA 4.0 license.
comments so far.
Comments
From our partners
Sponsored
Reference sources
References
https://archive.org/stream/ecodicibusparis00arcagoog#page/n3/mode/2up
Trending today in 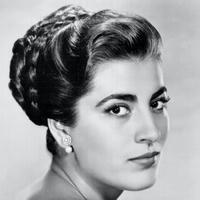