Arcadia Bandini born 1825 in San Diego, California, the eldest of three daughters of Juan Bandini and Marie de los Dolores Estudio. Arcadia and her two sisters were considered the most beautiful women of California. According to tradition, the first United States flag flown over the plaza in Old Town San Diego on July 29, 1846, was made by Arcadia and her two sisters out of red and blue flannel dresses and a white crib sheet.

At age 14 Bandini married 43-year-old Abel Stearns. Stearns was a former U.S. citizen who became a naturalized Mexican and converted to Catholicism in order to do business and own property in Mexican California. He had become one of the wealthiest men in Los Angeles and Arcadia had a sizable dowry in land. They lived in an elegant adobe, El Palacio, in Los Angeles. He died in 1871.

Arcadia de Baker died in 1912, and is interred between her husbands at Calvary Cemetery, East Los Angeles. She left an estate of $7–8 million, with no will. 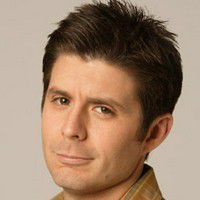