Arahmaiani (Arahmayani Feisal, born May 21, 1961) is an Indonesian artist born in Bandung and based in Yogyakarta, Java, Indonesia. Arahmaiani is considered by many to be one of the most respected and iconic contemporary artists, specifically in pioneering performance art in Southeast Asia. Arahmaiani frequently uses art as a means of commentary on social and cultural issues.

Arahmaiani was born in Badung, Indonesia on May 21, 1961. Her father was an Islamic scholar and her mother is of Javanese Hindu-Buddhist Extraction. Her name represents the mixture of cultures she experienced in her upbringing: she readily explains that "Arahma" goes back to the Arabic language meaning "loving“, and "iani“ comes from "human being“ in Hindi.

As an art student she felt let down by the educational system in her country because it did not connect her with real life. So she decided to create her own art on the streets and discovered in an intuitive way what performance art was all about.

Arahmaiani studied at Bandung Institute of Technology, then in Sydney, Australia and Enschede, the Netherlands.

Though best known as a performance artist, she also employs painting, drawing, sculpture, video, poetry, dance, and installation. The thematic material of her work is diverse, but it often focuses on the oppression of women's bodies by men, religion in modern society, Western commercial imperialism, and global industrialization.

Arahmaiani’s work deals with such complex topics as discrimination, intolerance, and violence against women in her native country of Indonesia. Since the early 1980s, Arahmaiani's works have generated hostility on the part of Islamic community leaders and political authorities resulting in her short imprisonment in 1983. Arahmaiani is included in the Global Feminisms exhibition at the Brooklyn Museum in 2007, curated by Maura Reilly and Linda Nochlin.

At one point in her life, Arahmaiani was working for one of the largest newspapers in Central Java. For four years, she worked as a columnist and often brought up critical issues about the practice of Islamic culture before being fired for criticizing Islam. In a recent interview, Arahmaiani stated that coming from a mixed of Muslim, Hindu, Buddhist and Animist background, she wanted to make some sort of contribution to the conversation.

Arahmaiani exhibited in the Indonesian pavilion at the 50th Venice Biennale in 2003, along with other prominent Indonesian artists, Dadang Christianto, Tisna Sanjaya and Made Wianta. The presentation was titled Paradise Lost: Mourning of the World.

Additionally, she has held international performances in Australia, Brazil, Cuba, Germany, Indonesia, Japan, Spain, Sweden, and the U.S.A. Arahmaiani participated in the Asia-Pacific Triennial of Contemporary Art, Queensland Art Gallery, Brisbane, Australia, in 1996; the Bienal de La Habana, Havana, Cuba, in 1997; the Biennale d’Art Contemporain de Lyon, France, and Werkleitz Biennale, Germany, in 2000; the São Paulo Bienal, Brazil, the Kwangju Biennale, South Korea, in 2002; and the Venice Biennale in 2003. She currently lives and works in Jakarta and Bandung. 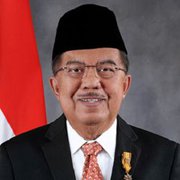