Aracely Arambula Jacques was born in Chihuahua, Mexico, on March 6, 1975. She is of French and Basque descent. At age 13, while attending high school, she began her road to fame, participating in beauty pageants. In 1996, Aracely won for "El rostro de El Heraldo de México", which launched her career.

In 1997 Aracely played the younger version of Veronica Castro's character in Pueblo Chico, Infierno Grande. Then acted in telenovelas El alma no tiene color and Rencor apasionado, where she played her first antagonistic role. Aracely Arambula got her first starring role in the teen telenovela Soñadoras (1998) and then participated in Alma Rebelde (1999).

Her consecration as the protagonist came with Abrázame muy fuerte produced by Salvador Mejía, in 2000. Aracely continued its success with the latest telenovela of her first stint as television actress: Las vías del amor (2002), where she also sang the theme song. Besides music and television, Aracely entered the theater with productions such as Muchachos de Nueva York, Coqueluche, and Hermanos de Sangre.

In 2008, Aracely paused in her acting career, but she took her time fame as hostess of the program Todo Bebé. In 2009, Aracely Arambula returned to television sets to star in the umpteenth version of Corazón salvaje, where she had a double role. In 2010, Aracely Arambula debuted as the protagonist of the play Perfume de Gardenia which many considered the rival show of Aventurera.

In 2013, Aracely returned to telenovelas with La Patrona, produced by Telemundo and Argos, where she shares credits with Christian Bach and Jorge Luis Pila. In addition she sang two songs for the telenovela. Also, after the success obtained in La Patrona, Telemundo chose her as the lead in a melodrama based on the classic novel by Victor Hugo, Les Miserables, which will be produced in 2014.

She began in music singing nursery rhymes as part of a tribute to Francisco Gabilondo Soler entitled Ellas Cantan Cri Cri. In 2001, Arambula was part of the Abrazame Muy Fuerte soundtrack.

Arambula has recorded two songs for La Patrona. These songs include "La patrona" (the theme song of the telenovela), and "Juntos tú y yo". Arambula currently working on an upcoming studio album she plans to release in 2014. "We are working on the album and you will soon know the music, meanwhile, sounds in "La Patrona" two songs that I sing. Would be an unpublished and grupero, I like that style because I am north", said Arambula.

Arambula has also dabbled as an entrepreneur, lending her image for a perfume and cosmetics company in Mexico. Her brother, Dr. Leonardo Arambula, has also served as her longtime manager. They own a spa in Mexico City together.

Mountain climber, summiter of all eight-thousanders 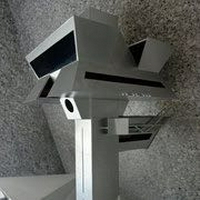