Appu Kuttan (born 1941, Kerala, India), is an Indian American philanthropist, consultant, author and the founder and chairman of the National Education Foundation (NEF), a global non-profit organization. He is the developer of MBS (Management By Systems) and Cyberlearning. He has written several books and articles, including Happy Executive — A Systems Approach; Nurturing Mind, Body and Soul and From Digital Divide to Digital Opportunity. He has acted as an advisor to several national leaders, and mentored celebrities such as tennis stars Andre Agassi and Monica Seles.

Appu Kuttan was born in 1941 in Kerala, India. He received his bachelor's degree in Electrical Engineering from the Kerala University in 1963, and moved to the United States in 1964 on a Tata scholarship to attend Washington University (WU). He graduated from WU with a master's degree in 1966, and then earned a PhD in industrial engineering at the University of Wisconsin-Madison in 1968.

Early in his career, Kuttan created the Management By Systems (MBS) concept of setting specific goals and objectives, and achieving them by deploying available resources systematically and effectively==. In the 1970s, he worked with the government of Puerto Rico to improve traffic system by applying his MBS strategies. Soon after, he worked with the Venezuelan government to improve their social security and healthcare programs.

In 1980, he served as an informal adviser to future Indian Prime Minister Rajiv Gandhi, focusing on how to make India an information technology power using India's educated manpower, strategies that were later implemented when Gandhi took power in 1984. He also advised the Prime Minister of Mauritius on making Mauritius an IT-focused nation, and has advised U.S. administrations of Bill Clinton, George W. Bush, and Barack Obama.

In 1986, he purchased the Nick Bollettieri Tennis Academy in Florida and helped develop and mentor tennis world champions Andre Agassi and Monica Seles.

Founded by Appu Kuttan in 1989 with proceeds from the sale of the tennis academy, the National Education Foundation (NEF) is a nonprofit organization based in the Washington, DC Metro area. NEF provides disadvantaged students, teachers, employees and jobseekers top-quality tuition-free STEM+ (Science, Technology, Engineering, Math, English, Social Studies, Testprep, Information Technology, Business, Management, and Soft Skills) education, particularly in the United States and India. Kuttan remains CEO and chairman of the board.

Kuttan’s book Happy Executive — A Systems Approach: Nurturing Mind, Body and Soul] is partly his memoir, and partly a self-help guide for business executives. According to Kirkus, the book provides “a methodical, well-organized guide for the world’s future leaders.”

Kuttan lives in the Washington DC Metro area with his wife, Claudia, also an alumnus of University of Wisconsin, Madison. They have two adult children, Roger, a 1993 U.S. Presidential Honoree and Stanford JD MBA, and Maya, a UCLA environmental law and award-winning USC film graduate. 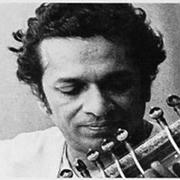 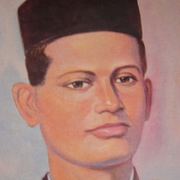