Sir Antony Sher KBE (14 June 1949 – 2 December 2021) was a British actor of South African origin, twice Laurence Olivier Award winner and a four-time nominee, who joined the Royal Shakespeare Company in 1982 and toured in many roles, as well as appearing on film and TV, and working as a writer and theatre director. In 2001, he starred in his cousin Ronald Harwood's play Mahler's Conversion, and said that the story of a composer sacrificing his faith for his career echoed his own identity struggles.

During his 2017 "Commonwealth Tour", Prince Charles referred to Sher as his favourite actor. Sher and his partner and collaborator Gregory Doran became one of the first same-sex couples to enter into a civil partnership in the UK.

Sher was born into a Lithuanian Jewish family in Cape Town, South Africa, the son of Margery (Abramowitz) and Emmanuel Sher, who worked in business. He grew up in the suburb of Sea Point where he attended Sea Point High School, and was a first cousin, once removed, of the playwright Sir Ronald Harwood. Sher, however, worked mainly in the United Kingdom and became a British citizen.

In 1968, after completing his compulsory military service, he left for London to audition at the Central School of Speech and Drama and the Royal Academy of Dramatic Art (RADA), but was unsuccessful. He instead studied at the Webber Douglas Academy of Dramatic Art from 1969 to 1971 and subsequently on the one-year postgraduate course run jointly by Manchester University Drama Department and the Manchester School of Theatre.

In the 1970s, Sher was part of a group of young actors and writers working at the Liverpool Everyman Theatre. Comprising figures such as writers Alan Bleasdale and Willy Russell and fellow actors Trevor Eve, Bernard Hill, Jonathan Pryce, and Julie Walters, Sher summed up the work of the company with the phrase "anarchy ruled". He also performed with the theatre group Gay Sweatshop, before joining the Royal Shakespeare Company (RSC) in 1982.

While a member of the RSC, Sher was cast in the title role in Molière's Tartuffe, and played the Fool in King Lear. His major break came in 1984, when he performed the title role in Richard III and won the Laurence Olivier Award. Also for the RSC, Sher performed the lead in such productions as Tamburlaine, Cyrano de Bergerac, Stanley, and Macbeth, and in 2014 played Falstaff in Henry IV Part 1 and Henry IV Part 2 in Stratford-upon-Avon and on national tour. He played the eponymous 'King Lear' from 2016 to 2018. He also played Johnnie in Athol Fugard's Hello and Goodbye, Iago in Othello, Malvolio in Twelfth Night, and Shylock in The Merchant of Venice. Sher received his second Laurence Olivier Award in 1997 for his performance as the eponymous Stanley Spencer in Stanley.

In 2001, Sher played the role of the composer Gustav Mahler in Ronald Harwood's play Mahler's Conversion, about Mahler's decision to renounce his Jewish faith prior to his appointment as conductor and artistic director of the Vienna State Opera House in 1897. Speaking about the role to The Guardian's Rupert Smith, Sher revealed:

"When I came to England in 1968, at 19, I looked around me and I didn't see any Jewish leading men in the classical theatre, so I thought it best to conceal my Jewishness. Also, I quickly became conscious of apartheid when I arrived here, and I didn't want to be known as a white South African. I was brought up in a very apolitical family. We were happy to enjoy the benefits of apartheid without questioning the system behind it. Reading about apartheid when I came to England was a terrible shock. So I lost the accent almost immediately, and if anyone asked me where I was from I would lie. If they asked where I went to school, I'd say Hampstead, which got me into all sorts of trouble because of course everyone else went to school in Hampstead and they wanted to know which one. Then there was my sexuality. The theatre was full of gay people, but none of them were out, and there was that ugly story about Gielgud being arrested for cottaging, so I thought I'd better hide that as well. Each of these things went into the closet until my entire identity was in the closet. That's why this play appealed to me so much: it's about an artist changing his identity in order to get what he wants."

In 2015 he played Willy Loman in Death of a Salesman.

Sher's television appearances include the mini-series The History Man (1981) and The Jury (2002). In 2003, he played the central character in an adaptation of the J. G. Ballard short story "The Enormous Space", filmed as Home and broadcast on BBC Four. In Hornblower (1999), he played the role of French royalist Colonel de Moncoutant, Marquis de Muzillac, in the episode "The Frogs and the Lobsters". Sher's more recent credits included a cameo in the British comedy film Three and Out (2008) and the role of Akiba in the television play God on Trial (2008).

Sher was cast in the role of Thráin II, father of Thorin Oakenshield in Peter Jackson's The Hobbit: The Desolation of Smaug, but appears only in the Extended Edition of the film.

In 2018, he played the title role in King Lear and was the only person to play both the Fool and King Lear at the Royal Shakespeare Company. He returned to Stratford-upon-Avon in 2019 to perform in Kunene and the King with John Kani.

Sher also wrote several plays, including I.D. (2003) and Primo (2004). The latter was adapted as a film in 2005. In 2008, The Giant, the first of his plays in which Sher did not feature, was performed at the Hampstead Theatre. The main characters are Michelangelo (at the time of his creation of David), Leonardo da Vinci, and Vito, their mutual apprentice.

In 2005, Sher directed Breakfast With Mugabe at the Swan Theatre, Stratford-upon-Avon. The production moved to the Soho Theatre in April 2006 and the Duchess Theatre one month later. In 2007, he made a crime documentary for Channel 4, titled Murder Most Foul, about his native South Africa. It examines the double murder of actor Brett Goldin and fashion designer Richard Bloom. In 2011, Sher appeared in the BBC TV series The Shadow Line in the role of Glickman.

In 2005, Sher and his partner – director Gregory Doran, with whom he frequently collaborated professionally – became one of the first gay couples to enter into a civil partnership in the UK. They married on 30 December 2015, a little over ten years after their civil partnership.

On 10 September 2021 it was announced that Sher had been diagnosed with a terminal illness, leading his husband Doran to take compassionate leave from the Royal Shakespeare Company to care for him. Sher died from cancer on 2 December 2021, at age 72. 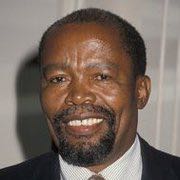