Antonio José Ledezma Díaz (born 1 May 1955, San Juan de los Morros, Guárico) is a Venezuelan lawyer and politician. After unsuccessfully challenging for the leadership of Democratic Action in 1999, he founded a new party, the Fearless People's Alliance.

After involvement in politics in his home state of Guárico in the 1970s for Democratic Action, he served two terms in the Venezuelan Chamber of Deputies (from 1984), and was elected to the Venezuelan Senate in 1994. He then served as mayor of the Libertador Municipality (1996–2000) of the Venezuelan Capital District, having been appointed governor of the now-defunct Federal District (1992–1993) by Carlos Andrés Pérez.

In 2008, he challenged pro-Chavez PSUV/Fatherland for All candidate Aristobulo Isturiz in the 2008 Caracas mayoral election and won. Subsequent to his election, the Venezuelan National Assembly passed a Capital District Law on April 30, 2009 that transferred most functions, funding, and personnel of the Metropolitan Mayor of Caracas to a new Venezuelan Capital District (headed by Jacqueline Faría, an official directly appointed by Hugo Chavez) covering in particular the political centre of Caracas and the municipality of Libertador. A legal challenge was filed and a request was filed with the National Electoral Council to hold a referendum, but these did not stop the transfer. Opponents of Chavez described the move as a deliberate negation of the popular vote, while Chavez supporters described the political and budgetary reorganization as an "act of justice" for Libertador, the largest and poorest of the five municipalities making up Caracas. Following the removal of such power, Ledezma began a hunger strike that drew international attention.

On February 19, 2015 he was detained by the Bolivarian Intelligence Service at his office in the EXA Tower in Caracas. In the operation, the security forces made warning shots to the air to disperse a crowd that was forming. He was then transported to SEBIN's headquarters in Plaza Venezuela. His lawyer declared that the charges for his detention were unknown. The New York Times stated that Ledezma was arrested by the Venezuelan Government after accusations made by President Nicolás Maduro about an "American plot to overthrow the government" that he presented a week before Ledezma's arrest. Ledezma mocked the accusations stating that the Venezuelan government was destabilizing itself through corruption. The United States denied the accusations by President Maduro and stated that "Venezuela’s problems cannot be solved by criminalizing dissent".

Following the news of the arrest of Ledezma, his supporters quickly created protests and called the arrest a "kidnapping" and that the coup conspiracy was created for political purposes. Hours after the news broke, hundreds of Ledezma supporters gathered in a Caracas plaza to denounce his arrest. Protesters also gathered outside of the SEBIN headquarters.

Human rights groups quickly condemned Ledezma's arrest and the similarity of the case to Leopoldo López's arrest was noted by The New York Times. Amnesty International condemned Ledezma's arrest calling it politically motivated, noting the similar cases of arrests made by the Venezuelan Government in what Amnesty International described as "silencing dissenting voices". Human Rights Watch demanded his release with Human Rights Watch’s Americas division director, Jose Miguel Vivanco, stating that without evidence, Ledezma "faces another case of arbitrary detention of opponents in a country where there is no judicial independence".

In March 2015, former socialist Prime Minister of Spain, Felipe González, agreed to take over the defense of Ledezma in his trial after Ledezma's family requested his assistance. 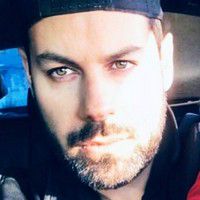