Benítez made his debut in the top level on 3 October 1971 in a 0–2 away loss against Valencia CF, and finished the season with 28 games and one goal as the Verdiblancos ranked in 13th position, being relegated the following campaign. Late into the decade, he would win the 1977 Copa del Rey, suffer another top flight relegation with his main club in 1978 and achieve immediate promotion back; during his early seasons, he played as a left winger.

Benítez retired from football in June 1984 at the age of 33, after only one game in two seasons combined with Betis. He appeared in more than 300 official matches for the club, and later worked in its youth system.

Benítez gained three caps for Spain in as many years, courtesy of manager László Kubala. His debut occurred on 12 October 1974 in a 1–1 friendly with Argentina, in Buenos Aires. 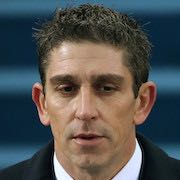