Antonella Interlenghi (born 6 August 1960) is an Italian stage, film and television actress. She is also known as Antonellina Interlenghi.

Born in Rome, Interlenghi is the daughter of the actors Antonella Lualdi and Franco Interlenghi.

She made her acting debut (credited as Phoenix Grant) in the 1977 Gianfranco Parolini adventure film Yeti. In the 1980s she appeared in a number of films, mainly comedy and adventure films. She is also active on stage, where she notably worked with Giorgio Strehler, and on television.

At 15 years old, Interlenghi married the nobleman Giovanni Sanjust di Teulada. The couple had two daughters and divorced two years after the marriage. 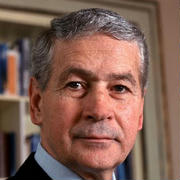