Lindholm played in the youth ranks of Varuträsk IF and SK Lejon before joining Skellefteå AIK at the age of 15. He made his Elitserien debut playing with Skellefteå AIK during the 2011–12 season. In the 2013–14 season, he played 39 games in the junior SuperElit level before he was promoted to the Senior side in the second half of the year. He made seven appearances in the regular season that year. Lindholm developed a physical presence and impressively established a top four defensive role in the playoffs, scoring three points in 14 games in helping Skellefteå claim the SHL Championship. Prior to being drafted by the Colorado Avalanche, on April 14, 2014, he was re-signed to a two-year extension to continue with Skellefteå. In 2014–15 and 2015–16, he helped the team to back-to-back appearances in the SHL finals and also competed in the Champions Hockey League, where Skellefteå managed a third-place finish in the 2014–15 season.

After 5 seasons in the SHL with Skellefteå, Lindholm earned the opportunity to follow his NHL ambitions in agreeing to a three-year, entry-level contract with the Colorado Avalanche on May 24, 2016. After attending the Avalanche's training camp and pre-season, Lindholm was assigned to American Hockey League affiliate, the San Antonio Rampage, to adjust to the North American style to begin the 2016–17 season on October 7, 2016. He made his debut with the Rampage on opening night in a 2-1 defeat to the Milwaukee Admirals on October 15, 2016. As a fixture on the Rampage blueline in adding a sound defensive game, Lindholm developed his offensive capability and scored his first goal in North America in a 4-3 overtime loss to the Texas Stars on January 16, 2017. After recording an increase in production and ice-time with the Rampage, Lindholm received his first recall to the Avalanche on March 13, 2017. He made his NHL debut with the Avalanche at the Pepsi Center, playing alongside veterans Francois Beauchemin and later Fedor Tyutin in a 3-1 victory over the Detroit Red Wings on March 15, 2017.

As a restricted free agent, Lindholm was signed to a two-year, two-way contract extension with the Avalanche on July 23, 2019. 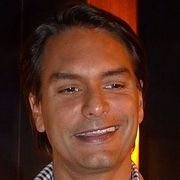 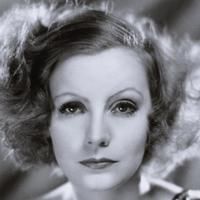