Anthony Joran Martial (French pronunciation: ​[maʁ.sjal]; born 5 December 1995) is a French professional footballer who plays as a forward for English Premier League club Manchester United and the France national team. He was the recipient of the 2015 Golden Boy Award for the best under-21 player in Europe.

Playing youth football for Les Ulis, he began his professional career at Lyon, then transferred to AS Monaco in 2013 for a fee of €6 million. He was a member of Monaco's squad for two seasons, and signed for Manchester United in 2015 for an initial fee of £36 million which could potentially rise to £57.6 million. This is the highest fee paid for a teenager in football history even before the potential increase. He scored in his first match for United, and was named the Premier League Player of the Month in his first month in English football.

A youth international for France from under-16 to under-21 level, Martial made his senior debut in 2015. He was named in their squad for UEFA Euro 2016.

Born in Massy, Essonne, Martial spent his youth years in Paris-based CO Les Ulis from 2001, the same team who produced French internationals Thierry Henry and Patrice Evra. Evra closely monitored the progress of Martial, and allowed him to play in one of his pairs of football boots at the age of 12. At the same age, Martial trialled at Manchester City.

At just 14 years old in 2009 he was spotted by scouts from the Olympique Lyonnais academy and joined it the same year. During his second season in the Under-17 team he distinguished himself by scoring 32 goals in 21 games, which resulted in a call-up to the France national under-17 football team for the 2012 UEFA European Under-17 Championship in Slovenia.

He made his professional debut for Lyon on 6 December 2012, in a Europa League group stage match against Hapoel Ironi Kiryat Shmona, replacing goalscorer Yassine Benzia for the final 10 minutes of a 2–0 victory at the Stade de Gerland. His first Ligue 1 game was on 3 February 2013 against Ajaccio, when he came on as a substitute in the 79th minute for Rachid Ghezzal in a 3–1 away loss. He made two further appearances from the bench that season.

On 30 June 2013, AS Monaco announced they had signed Martial to a three-year contract for a fee of €5 million plus bonuses. On 24 November, he made his first league appearance for the club at the age of 17, replacing Radamel Falcao after 63 minutes and playing a part in Mounir Obbadi's goal which gave victory away to FC Nantes. He scored his first goal for the principality club on his first start, a 2–0 win over Rennes at the Stade Louis II six days later. His campaign was disrupted by a sprained ankle against Valenciennes in December. On 27 January 2014, he extended his contract until June 2018.

In his second season at Monaco, Martial scored nine goals in 36 Ligue 1 games, starting on 5 October 2014 when as a substitute for Lucas Ocampos, he gained a 1–1 draw at reigning champions Paris Saint-Germain with a last-minute strike from close range. He scored twice against a 10-man Bastia on 13 March 2015 in a 3–0 home victory. On 26 June, he further extended his link with the team until 2019.

On 4 August 2015, Martial scored his first goal in European competition, in a 4–0 home win over BSC Young Boys in the third qualifying round of the UEFA Champions League; Monaco advanced 7–1 on aggregate.

On 1 September 2015, Martial completed a move to Manchester United for £36 million, potentially rising to £58 million, on a four-year contract with the option of another year. This was the highest transfer fee paid for a teenager, breaking the previous record of £27 million United paid for Luke Shaw a year earlier, and that Paris Saint-Germain had paid for Marquinhos in 2013. United paid £36 million up front for Martial, but his contract contains three bonus clauses worth £7.2 million each, taking the potential fee to £57.6 million. The clauses each relate to certain accomplishments being achieved in the next four years, including if Martial scores 25 goals during that span, racks up 25 caps for France or wins the Ballon d'Or before June 2019. Manager Louis van Gaal called Martial an acquisition for United's future rather than for immediate use, and called the transfer fee "ridiculous", alleging that Manchester United regularly had to pay £10 million more than other teams.

Upon signing, Martial said, "I'm so excited to join United, I have always wanted to play in the Premier League and to join the biggest club in the world is what every young footballer dreams of." Van Gaal stated, "Anthony is a naturally talented, young, multi-functional forward with great potential. I believe this is the club for him to continue his development." The fee was reportedly met with astonishment by the French public. Martial playing for Manchester United in 2015

Martial made his debut at Old Trafford on 12 September as a 65th-minute substitute for Juan Mata, and scored the final goal of a 3–1 win over rivals Liverpool. Van Gaal called it a "marvellous goal". Eight days later, in his first Premier League start, he scored twice in an away win, 3–2 at Southampton. On 23 September, again as a replacement for Mata, Martial scored his fourth goal in four games for his new club, concluding a 3–0 win over Ipswich Town in the third round of the League Cup. Martial's early impact was praised by former United manager Sir Alex Ferguson, who stated that "he can do anything".

On 21 October, in a Champions League group stage match away to CSKA Moscow, Martial gave away a penalty – which David de Gea saved from Roman Eremenko – and later equalised to confirm a 1–1 draw. He was awarded the Golden Boy as Europe's best under-21 player on 19 December.

Martial was key in a 2–1 win against Everton in the FA Cup semi-final at Wembley Stadium on 23 April 2016: he assisted the first goal by Marouane Fellaini and scored an added-time winner. He finished the season as the club's top scorer in both the league and overall competitions with 11 goals and 17 goals respectively.

Martial retained his starting berth at Manchester United under new manager José Mourinho, starting ahead of in-form teammate Marcus Rashford on the left wing for the opening few games of the season. The forward, however, lost his place in the starting lineup after several underwhelming performances, with the club tentatively attributing Martial's difficulties to ongoing problems in his personal life. Nevertheless, on 2 October 2016, Martial came off the bench at Old Trafford to score United's only goal—his first of the new season—against Stoke City, a game that ended in a 1–1 draw. On 20 October 2016, Martial scored from the penalty spot as United ran out 4–1 winners over Fenerbahçe in the Europa League. On 30 November 2016, Martial was recalled to the side to face West Ham in the EFL Cup after receiving warnings about his starting spot in previous weeks from manager José Mourinho, he responded by scoring two goals in a 4–1 win to send United into the semi-final of the competition. Being in and out of the team for a couple of months, Martial was rumoured to leave Manchester United in the summer, but on 6 February Martial made it clear on his official Twitter account, tweeting: "the paper's are wrong don't listen to them". Martial returned to the starting lineup against Watford at Old Trafford on 11 February by providing an assist to Juan Mata and later scoring a goal for himself in the 60th minute, he was later declared the man of the match. On 26 February, he was named in the starting XI that faced Southampton F.C. at Wembley Stadium for the 2017 EFL Cup Final. United won the match 3-2 courtesy of goals from Jesse Lingard and Zlatan Ibrahimović. The victory earned Martial his third piece of silverware for United.

Martial playing for France in 2015

Martial scored five goals as France topped their qualification group for the 2012 UEFA European Under-17 Championship: two goals in a 5–0 win over the Faroe Islands, and a hat-trick against Northern Ireland in Luxembourg. He added two more in elite round victories against Switzerland and Sweden to confirm qualification. He netted once in a group stage exit at the final tournament in Slovenia, a 2–2 opening game draw with Iceland at the Domžale Sports Park.

Martial played all five games for France under-19 at the 2013 European Championship in Lithuania, finishing as runners-up to Serbia. He was one of five Frenchmen selected in the Team of the Tournament.

On 26 August 2015, Martial was called up to the senior France squad for the first time, for friendlies against Portugal and Serbia in the following month. He made his debut in the former on 4 September at Lisbon's Estádio José Alvalade, replacing Karim Benzema for the final 16 minutes of a 1–0 win. On 11 October, Martial made his first start for Les Bleus in a 2–1 win against Denmark at Parken Stadion, Copenhagen, and assisted the opening goal by Olivier Giroud.

Aziz Benaaddane, one of Martial's coaches at Les Ulis, told the BBC in 2015 that as a six-year-old, Martial was able to run in a straight line to the goal: "We've got 400 youngsters playing for us but a talent like that arrives only once every five or six years. We felt it, we saw the potential and we pushed him". Mahamadou Niakite, another coach, added that Martial was put in higher age groups, as at the age of six he had the ability of most eight-year-olds, and at around the age of 12–13 he was focused on becoming a professional.

According to journalist Philippe Auclair, Martial plays in a style similar to former French international Thierry Henry, with speed and technical ability both in wide positions and up front. Henry himself praised Martial after his goalscoring debut, while Martial himself refuted the comparison, saying "I don't think we have the same type of game – he was very quick whereas I rely more on power and technique. But it's always good to be compared to great players".

In the aftermath of France’s 2–1 win over Denmark in October 2015, Fenerbahçe defender Simon Kjær was reportedly stunned after playing against him to learn that Martial was just 19. He told French newspaper L'Équipe, "He’s really good for 19. I didn't know him when I was in France. He’s very, very hard to mark because he knows how to do a lot of things. Not only is he quick, but he’s also technically good."

Martial, for his part, has said that he prefers to play up front, but that "if the coach puts me on the wing then that means it is better for the team and for me that is the most important thing."

Martial is of Guadeloupean descent. His older brother, Johan, is a professional defender for Troyes, who represented France up to under-20 level. He has another older brother, Dorian, who is in the senior team at Les Ulis. The Martial family placed high emphasis on the education of their children. His youth coaches describe him as a shy and quiet person. Martial is a Catholic and prays before every match. 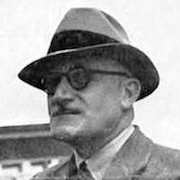