Anthony Lopes (Portuguese pronunciation: [ˈlɔpɨʃ]; born 1 October 1990) is a Portuguese professional footballer who plays for French club Olympique Lyonnais as a goalkeeper.
He came through the youth ranks at Lyon, being called to the first team in 2011 and making his debut the following year. He also played for them in the 2014 Coupe de la Ligue Final.
Born in France, Lopes represented Portugal internationally, totalling 36 caps at youth level including 11 for the under-21 team. He made his senior debut for the country in March 2015, and was chosen for Euro 2016.

Born in Givors in the Metropolis of Lyon to a French mother and a Portuguese father, Lopes joined local Olympique Lyonnais's youth system at the age of 9. He was promoted to the first team for the 2012–13 season, acting as third-choice behind Rémy Vercoutre and Mathieu Valverde; his first match as a professional took place on 31 October 2012, in a 1–3 away loss against OGC Nice for the Coupe de la Ligue. On 6 December he first appeared in the UEFA Europa League, in a 2–0 home win over Hapoel Ironi Kiryat Shmona F.C. that allowed the team to advance unbeaten into the knockout stages.

Lopes' maiden appearance in Ligue 1 took place on 28 April 2013, in a 1–1 home draw against AS Saint-Étienne in the Derby du Rhône where he made an early close-range save from Pierre-Emerick Aubameyang, later conceding the first goal from a Kurt Zouma header. This was the first of five league matches he played for the main squad at the end of the campaign, ending with a 2–0 success over Stade Rennais F.C. at the Stade de Gerland which saw Lyon finishing in third place and qualifying for the UEFA Champions League.

After Vercourtre went down with an injury, Lopes became first-choice and retained his position after the former's recovery, even though he would also be afflicted by a double vertebra fracture in early November 2013. He featured in their run to the domestic League Cup final, where they lost 1–2 to Paris Saint-Germain F.C. in the decisive match at the Stade de France on 19 April 2014.

On 3 December 2016, during a league game, Lopes was hit by a firecracker thrown from the stands as he was laying injured in the goal area at the Stade Saint-Symphorien, home to FC Metz.

Lopes opted to represent Portugal, so his father made a phone call to the Portuguese Football Federation to alert to this fact, and he first appeared with the under-21 side on 9 February 2011, playing the first 45 minutes of a 3–1 friendly win over Sweden in Cartaxo. On 4 September 2013, he received his first callup to the full side due to injury to Sevilla FC's Beto.

Lopes made his debut for the main squad on 31 March 2015, in a 0–2 friendly defeat to Cape Verde at the Estádio António Coimbra da Mota in Estoril. The following 17 May, he was selected by manager Fernando Santos for his UEFA Euro 2016 squad. 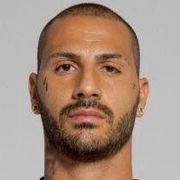