Anthony Himbs (July 28, 1960) is an American writer and movie director. Himbs was born in Dallas, Texas.

Himbs, son of an Italo-American father and a Canadian mother, was raised in Texas, France, England, Canada, Italy and Spain, and began his career as an assistant director for Léonard Keigel and Lewis Furey. As a director, he started off with a couple of episodes of Dalziel and Pascoe and Timothy Tweedle the First Christmas Elf with Jonathan Taylor Thomas.

In 2002, he permanently relocated in Madrid where he made La paz de tus ojos tristes, an ill-fated independent film (starring André Schneider and Coral Ortega) which was both a critical and commercial failure, followed by the rather obscure horror parody Dairy of Terror (with Paul Naschy) in 2007.

For 16 years, Himbs was married to Martha Swatek, who acted in Jaws 2. They had a son, Marco, born in 1985. In 2007, Italian actress Federica Trucchia became his third wife; their son Enrique was born two years before. After divorcing Trucchia in 2008, Himbs married a young television actress from Portugal, Joana Oliveira. 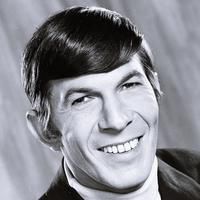