Anthony Eisley (January 19, 1925 – January 29, 2003) was an American actor best known as one of the detective leads, Tracy Steele, in the ABC/Warner Brothers television series Hawaiian Eye. Early in his career, he was credited as Fred Eisley and later was sometimes billed as Tony Eisley.

Born Frederick Glendinning Eisley in Philadelphia, Pennsylvania, his father was a general sales manager for a large corporation.

Following service in the United States Navy, he took drama classes at the University of Miami in Coral Gables, Florida, and then landed his first acting job in a Pennsylvania stock company production of A Slight Case of Murder. Eisley also acted in touring company productions of Mister Roberts, Picnic, and The Desperate Hours.

His first on-screen role was as a military policeman in the 1952 movie Fearless Fagan. In 1953, he began appearing on television. In 1958, he was cast in the episode "The Trial" of the American Civil War drama Gray Ghost with Tod Andrews. Eisley was in the 1959 Roger Corman film The Wasp Woman, which he described as "a hell of a lot of fun". Eisley's big break was being discovered in a Pasadena, California production of Who Was That Lady I Saw You With? where he was signed to a contract with Warner Bros. In the days of Tab, Ty, and Rock, Warner Bros. did not want a leading man with the name of "Fred" so they changed his first name to "Anthony". In 1959, Eisley played Carter Henry (as Fred Eisley), The Young Philadelphians (1959).

In 1957, Eisley played Joe Foss in the episode "Jose Foss, Devilbird" of the military television series Navy Log. Foss was a World War II Medal of Honor winner who later became the governor of South Dakota and an American sportsman.

Eisley was best known for his starring role in the series Hawaiian Eye, which aired from 1959 to 1963. After being seen in the play Who Was That Lady? he was signed to Warner Bros. Eisley changed his name from Fred to Anthony at the request of the studio. Anthony had thought he would play a comedian but Warner Brothers Television placed him in a suave private eye role in Hawaiian Eye. Eisley said that he left after the third season to be replaced by Troy Donahue as a hotel social director, Philip Barton. In the two previous seasons, Donahue had portrayed the detective Sandy Winfield, II, on another ABC/WB series, Surfside 6, set on a houseboat in Miami Beach. Donahue was eleven years Eisley's junior.

When a Los Angeles Times television critic attacked Hawaiian Eye, Eisley penned a reply that was printed in the critic's column on December 7, 1960: "I too would like to see more food for thought on television. I have children whose viewpoints will be largely affected in certain areas by their many hours gazing at the one-eyed monster. But our world is solemn enough as it is. I'd hate to limit them -- or myself -- to a leisure-time diet devoid of laughter, adventure and romance."

During his Warner Brothers period, Eisley also appeared in Portrait of a Mobster (1961).

Eisley declared that the nation was facing in 1964 "an ideological crisis. Movie stars and the stars of the entertainment world will tell you what you can do about it. Everything will be from the heart." Eisley was joined at the event by Walter Brennan, on whose series The Real McCoys he had once been a guest star, Rhonda Fleming, Lloyd Nolan, Dale Evans, Pat Boone, and Gloria Swanson. Eisley added that John Wayne, Ronald Reagan, Roy Rogers, Mary Pickford, Jane Russell, Ginger Rogers, and Pat Buttram would also have attended the rally had their schedules not been in conflict.

Syndicated columnist Drew Pearson claimed in his "Washington Merry-Go-Round" column that Project Prayer had "backstage ties" to the anti-Communist John Birch Society. Pearson noted that the principal author of the prayer decisions, Chief Justice Earl Warren, was a Republican former governor of California and that most mainline denominations endorsed the court's restrictive rulings.

Eisley appeared as a Soviet agent in an Armed Forces training film Espionage Target: You made in 1964. In 1965, Eisley was cast as an attorney in an anti-pornography institutional film entitled "Printed Poison"; produced by the "Citizens For Decency" movement.

Eisley co-starred as character Clint Braden, suitor to the Nancy Kovack character of Nellie Bly, in the 1966 film Frankie and Johnny. He also played Ben Mitchell in the 1968 musical film Star!. He also appeared three times on CBS's Perry Mason during the final three seasons of that series. In his second guest appearance in 1964 he played murder victim Vince Rome in "The Case of the Missing Button." In the same year he appeared albeit briefly in a strong Series 3 episode of Combat!, “The Gift Of Hope”.

Eisley guest-starred in an episode of the ABC religious drama series Going My Way. He appeared six times in the 1967-1970 revival of Dragnet; in one segment he played a corrupt policeman and once he played an attempted murderer. During the eight-year run of ABC's The F.B.I., Eisley made 17 appearances as an agent.

In 1973, he appeared as Ross Nelson, newscaster at Mary's competitor, channel 8, in the Season 4 episode "WJM Tries Harder" on The Mary Tyler Moore Show. He had appeared with Mary Tyler Moore years before in "The Lady and the Tiger and the Lawyer," a 1964 episode of The Dick Van Dyke Show.

The contents of this page are sourced from Wikipedia article on 10 Dec 2020. The contents are available under the CC BY-SA 4.0 license.
View Anthony Eisley 's image gallery
Image Gallery 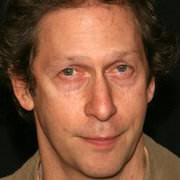