Charles Anthony Raven Crosland (29 August 1918 – 19 February 1977), otherwise Tony Crosland or C.A.R. Crosland, was a British Labour Party politician and author. He served as Member of Parliament for South Gloucestershire and later for Great Grimsby. Throughout his long career he occupied the cabinet positions of Secretary of State for Education and Science, President of the Board of Trade, Secretary of State for Local Government and Regional Planning and Foreign Secretary. A prominent socialist intellectual, he became one of the Labour Party's revisionists on the right, as an intellectual leader of Gaitskellism. His highly influential book The Future of Socialism (1956) argued against many Marxist notions and Labour Party orthodoxy that public ownership was essential to make socialism work. He offered positive alternatives to both right and left wings of his Labour Party. He downplayed public ownership of the means of production – the classic socialist formulation – and argued instead for making the highest priority the end of poverty and improved public services. He led the Labour battle to replace grammar schools with comprehensive schools that did not sort students at age 11. As foreign secretary he promoted détente with the Soviet Union.

Crosland was born at St Leonards-on-Sea, Sussex. His father, Joseph Beardsall Crosland, was a senior official at the War Office. Both his parents were members of the Plymouth Brethren. His maternal grandfather was Frederick Edward Raven (1837–1903), founder of the Raven Exclusive Brethren and secretary of the Royal Naval College, Greenwich. He grew up in North London and was educated at Highgate School and at Trinity College, Oxford. After obtaining 2nd class honours in Classical Moderations in Greek and Latin Literature, and his Masters, Crosland served as a paratrooper in Europe during the Second World War, from 1940, reaching the rank of Captain.

After the war, Crosland returned to Oxford University and obtained a First Class Honours degree in Philosophy, Politics and Economics, which he studied in 12 months; he also became President of the Oxford Union. He then became an Oxford University don tutoring Economics. Notable names Crosland taught at Oxford were Tony Benn, Norris McWhirter and Ross McWhirter.

Crosland, who had been talent-spotted by Hugh Dalton, was chosen as a Labour candidate in December 1949 to fight the next general election. He entered Parliament at the February 1950 general election, being returned for the South Gloucestershire constituency. He held that seat until the 1955 general election, when he was defeated at Southampton Test.

Crosland returned to the House of Commons at the 1959 general election when he was elected for Grimsby, which he would represent for the rest of his life. He was, like Roy Jenkins and Denis Healey, a friend and protégé of Hugh Gaitskell, and together they were regarded as the "modernisers" of their day.

Even though they were from the same wing of the party, the thought of the Labour Party being led by the very effective but volatile George Brown appalled Crosland, but he also was a critic of Harold Wilson for his apparent lack of principles. Just over two years earlier Wilson had challenged Gaitskell for the party leadership. Crosland nominated and voted for James Callaghan in the leadership contest caused by Gaitskell's death on 18 January 1963. He rationalised his decision to back Callaghan on the basis that "We have to choose between a crook (Harold Wilson) and a drunk (George Brown)". However, Callaghan was eliminated after obtaining 41 votes, the margin in votes between Wilson and Brown in the final ballot. With Callaghan eliminated, Crosland's second wife wrote in her 1982 biography, he voted for George Brown in the second ballot, although with zero enthusiasm, and with little interest about the result, as he was opposed to both of the candidates now standing for the party leadership. Wilson won by 144 votes to Brown's 103 on 14 February 1963.

On 22 January 1965 Wilson appointed Crosland Secretary of State for Education and Science.

The ongoing campaign for comprehensive education in England and Wales gained a major boost with Circular 10/65, which as a statute rather than a Government Bill was controversial at the time, although a government motion in favour of the policy had been passed in January 1965. Crosland's crusade was a success—it was popular with local government; by 1979 over 90% of the students were in comprehensive schools. In her biography published in 1982, Susan Crosland said her husband had told her "If it's the last thing I do, I'm going to destroy every fucking grammar school in England. And Wales and Northern Ireland."

Another major educational change was that presaged by his speech at Woolwich Polytechnic establishing a 'binary system' of higher education, in which universities would be joined by polytechnic institutions which concentrated on high level vocational skills.

In October 1966 a committee of ministers in the Labour government decided to increase university fees for overseas students. Two months later Crosland announced their decision which treated Commonwealth students for the first time as if they were foreign. Widespread protests, which erupted immediately, soon united a large number of influential people from across a wide spectrum from left-wing militant students to mildly conservative vice-chancellors.

Crosland subsequently served as President of the Board of Trade from September 1967 to October 1969. He was deeply disappointed not to have been made Chancellor of the Exchequer after the November 1967 cabinet reshuffle which followed the devaluation of the pound. That job went to Roy Jenkins instead. Then he became Secretary of State for Local Government and Regional Planning until the election defeat of June 1970.

Crosland was seen as a leader and intellectual guru of the "right wing" or "social democratic" wing of the Labour Party in the 1970s. In April 1972 he stood for the deputy leadership of the party after Roy Jenkins resigned. He polled 61 votes of the Parliamentary Labour Party and was eliminated in the first round. The contest was eventually won by Edward Short, who defeated Michael Foot. Crosland was embarrassed by the national press in January 1973 when it emerged he had been given a silver coffee pot donated by disgraced corrupt architect John Poulson when opening a school in Bradford in January 1966. It later transpired that the pot was only silver-plated, and therefore of trivial value.

After Labour's return to power in March 1974, Crosland became Secretary of State for the Environment. He was instrumental in changing Transport policy on British Rail to be a higher fare fast intercity passenger service rather than its previous role as a general freight common carrier. He contested the leadership in March 1976 following Wilson's resignation, but polled only 17 votes and finished bottom of the poll. After his elimination, he switched his support to the eventual winner James Callaghan, who duly rewarded Crosland by appointing him Foreign Secretary on 8 April 1976.

According to John Macintosh, the Wilson and Callaghan governments were dominated by Crosland's views on equality:

“Crosland’s ideas continued to be almost unchallenged and dominated the Labour governments of 1964–1970 .... the Labour Government which came into office in 1974 edged back towards a Croslandite position ... if any ideas or policies could be said to have characterised Mr Callaghan’s very matter-of-fact and cautious government, they were the continuation of an approach which Crosland had set out in 1956.”

Early in his life Crosland had numerous affairs, including with Roy Jenkins.

Crosland married Hilary Sarson in November 1952, divorcing after five years, though the marriage had effectively ended after a year. Crosland had numerous affairs with other women. He remarried on 7 February 1964 to Susan Catling, an American from Baltimore resident in London whom he had met in 1956, and, in contrast to his first marriage, this was very happy and content. Susan Crosland was a successful writer. There were no children of either marriage, although Crosland's second wife had two daughters from a previous marriage. He persuaded his step-daughters to abandon their elite private schools to attend Holland Park Comprehensive. Susan Crosland died on 26 February 2011.

Crosland was a keen football fan and an avid viewer of the television show Match of the Day. He insisted on taking the then American Secretary of State Henry Kissinger, a well known football fan, to Blundell Park to watch Grimsby Town play Gillingham in April 1976 when the two met for the first time. In December 1976, when Kissinger bowed out after the Republican defeat, he went with Crosland to watch a football match at Stamford Bridge between Chelsea and Wolverhampton Wanderers.

Losing his seat in 1955 turned out to be a blessing in disguise for Crosland, as it enabled him (as C.A.R. Crosland) to write The Future of Socialism, published in autumn 1956. This proved to be a seminal work for the moderate British left. (A revised 50th anniversary edition was published in 2006.) In the book he outlined the need for traditional socialism to adapt to modern circumstances – a context from which the use of the term "revisionism" has its origins in Britain, despite the gradualism associated with the Fabian Society since the end of the nineteenth century.

Labour revisionism turned out to be a powerful ideological tendency within the Party in the 1950s and 1960s, taking intellectual sustenance from the Crosland book, and political leadership from Hugh Gaitskell. Other important intellectuals included Douglas Jay, Roy Jenkins, and the writers who contributed to Socialist Commentary. The goal was to reformulate old socialist principles, and bring the Labour Party policies up to date with the changing British society and economy. Revisionism rejected the old view that socialism ought to be primarily identified with the ownership of the means of production. That meant that continuous nationalization was not a central goal. Second, was a series of political values focused on personal liberty, social welfare, and equality. Themes of destroying or overthrowing the rich and elite were downplayed in favor of policies of high taxation, more widespread educational opportunity, and expanded social services. Revisionists insisted on the necessity of a market-oriented mixed economy with a central role for capitalism and entrepreneurship.

Crosland was himself an active member of the Fabian Society, contributing to the New Fabian Essays, which saw the emerging generation of Labour thinkers and politicians attempt to set out a new programme for Labour following the Attlee governments of 1945 to 1951. In the 1951 essay "The Transition from Capitalism" he claimed that "by 1951 Britain had, in all the essentials, ceased to be a capitalist country" as a result of the establishment of the welfare state. In particular, Crosland wished to challenge the dominance of Sidney and Beatrice Webb in Fabian thinking, challenging their austere, managerialist, centralising, "top-down", bureaucratic Fabianism with a more liberal vision of the good society and the good life, writing in The Future of Socialism that "Total abstinence and a good filing system are not now the right signposts to the socialist utopia. Or at least, if they are, some of us will fall by the wayside".

Crosland and his wife bought a converted mill at Adderbury in Oxfordshire in 1975, as well as having a home at Lansdowne Road in Notting Hill, London. It was at Adderbury that he suffered a massive cerebral haemorrhage on the afternoon of 13 February 1977 whilst working on a paper on the Rhodesian situation. That evening, Crosland had intended to complete a major foreign policy speech on détente. The speech was subsequently delivered by his successor, David Owen, to the Diplomatic Writers Association on 3 March 1977.

Tony Crosland died in the Radcliffe Infirmary hospital, Oxford, on 19 February 1977 after being in a coma for six days. On 4 March 1977, his ashes were scattered at sea near Grimsby.

His papers are held at the London School of Economics. 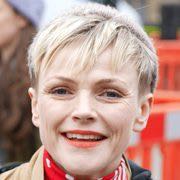