This is a Hong Kong name; Fang is the maiden name and Chan is the married name.

Born one of twins in Shanghai, Chan was educated at Hong Kong's Sacred Heart Canossian College (formerly known as Italian Convent School and Sacred Heart School) and the University of Hong Kong. She also studied at Tufts University in Massachusetts in the United States.

Chan's father, Fang Shin-hau (方心誥), a textile manufacturer, moved the family to Hong Kong in 1948. Her mother Fang Zhaoling was a Chinese painting master. Her grandfather, Fang Zhenwu, was a Kuomintang general who fought against the Japanese invasion. Her uncle, Sir Harry Fang Sin-yang was a well-known orthopaedic surgeon and served as an appointed member of the Legislative Council from 1974 to 1985.

When she was only ten, Chan's father died suddenly aged 36, leaving her mother with eight young children: twins Anson and Ninson and six brothers. With the support of Chan's grandmother, her mother not only shouldered the responsibility of raising her children, but also tried to pursue her career as an artist. She took two of her sons to study in England, leaving Chan and her five other siblings in Hong Kong with their grandmother and Uncle Harry.

Under her grandmother's strict discipline and high expectations, Chan learned that she had a duty towards the family and the community and was expected to be upright, diligent and righteous. She put herself through university by working as a private tutor and for a year as a clerk at Queen Mary Hospital. In 1959, Chan entered the University of Hong Kong to study English literature. Along with studies, she was keen on amateur dramatics, and it was through this that she met her future husband, Archibald (Archie) Chan Tai-wing.

She began work on a social work diploma, but later changed her mind and joined the Hong Kong Civil Service in 1962, one of only two women to join the civil service at that time. The following year, she married Archie, who became a science teacher at St Joseph's College.

Chan joined the civil service as an administrative service cadet in 1962. Her salary was reportedly one-quarter that paid to men of equivalent grade.

She became a senior administrative officer in 1970. During this period she helped set up the Association of Female Senior Government Officers to fight for better rights for women civil servants, notably pushing for wage parity with men.

Chan became the first female civil service director when appointed Director of Social Welfare in 1984. During her tenure, she was severely criticised by media for her handling of a child custody case in 1986, popularly known as the Kwok Ah-nui incident. An investigation by Unofficial members of the Executive Council found that Chan had "acted within the law" in respect of her extreme powers, but recommended changes to the law and to the Social Welfare Department's procedures to prevent re-occurrence of similar cases. She later admitted that the media pressure had made her "very upset" and this led to keep her distance from the press, at least for a few years.

From 1987 to 1993, she was Secretary for Economic Services, becoming the 30th and last Chief Secretary, the head of the Hong Kong civil service, in 1993. She mainly oversaw the localisation of the civil service during her time in this position. From 1994, she headed the Airport Development Steering Committee overseeing the construction of the new Chek Lap Kok Airport.

Chan was the first woman and the first ethnic Chinese to hold the second-highest governmental position in Hong Kong. The highest governmental position, the Governor, was always held by Britons before Hong Kong's handover to People's Republic of China. Chan was often described during this era as an "Iron Lady", with "an iron fist in a velvet glove". Chan was lauded as the most powerful woman in Asia for her role as the deputy of British Governor Chris Patten, and later Tung Chee-hwa. She was considered most trusted high official in Hong Kong by both the UK and PRC government to appoint her to the head of the civil service, before and after the handover of Hong Kong.

In the run-up to the handover of Hong Kong, she was often the 'face of Hong Kong', dispatched to reassure the wider world that the territory would not implode upon its return to China and that civil liberties would be upheld. Her confidence reassured many around the globe.

Within Hong Kong she had wide public support to be the first Chief Executive in the new administration but announced in October 1996 that she would not seek the role.

After Hong Kong's handover to China on 1 July 1997, Chan stayed on as head of the civil service under then Chief Executive Tung Chee-hwa, a valuable sign of stability and continuity for the new administration. She was always highly regarded: one British-born civil servant said that "nothing would work without her", also noting that "Tung needs her more than she needs him."

Chan was loyal in the main but her public utterances were occasionally at odds with Tung. It was enough to earn her a certain independence and the epithet of "Hong Kong's Conscience". In contrast to the more conservative Tung, Chan showed the greater support for democracy and freedom, and advocated a faster pace of democratisation.

In 1998, Chan was somewhat criticised for her role in the monitoring of the new Hong Kong International Airport construction at Chek Lap Kok. The airport had logistical difficulties upon its opening, and some blamed Chan for her lack of supervision.

When pro-government figures in Hong Kong attacked the Radio Television Hong Kong (RTHK) for being too critical of the Hong Kong and Chinese governments, Chan flew to its defence.

Practise their profession after 1997 as they have practised it, continue to write the stories and editorials that deserve to be written, responsibly, objectively without fear or favour... How well they do their job after the transition will to a very large extent decide how well our other freedoms will be protected.

— Anson Chan on Hong Kong journalists' role after the handover

In the summer of 1999 RTHK became a platform for Taiwan-Mainland China discussions. A local member of the PRC's National People's Congress, Tsang Hin-chi, urged the government-owned radio station to exercise self-censorship and not to provide a platform that express the splitting of China; Xu Simin, a member of Chinese People's Political Consultative Conference, urged RTHK to not allow Taiwan's president broadcasts.

On 12 April 2000 Wang Fengchao delivered a speech titled "The Principle of One China and the Taiwan Issue". Wang hinted that Basic Law Article 23 should be enacted as quickly as possible in Hong Kong to protect China against treason and subversion. Chan spoke in a four-hour speech after Wang on the importance of press freedom and publication, as she believed in genuine press freedom without external pressures.

The constant criticism of mainland officials and policies was perceived by many to be one of the main reasons for Beijing to view Chan as a malefactor in Hong Kong politics. In what the Hong Kong media saw as a dressing down for Chan, PRC Vice Premier Qian Qichen told her at a function in Beijing to "better support Tung", after there had been reports of disagreements between the two over the appointment of officials. Chan agreed in 1999 to delay her retirement until June 2002. However, Chan announced her resignation in January 2001, and officially stepped down in April of the same year.

After retiring from the civil service, Chan did not often show up in public. However, in December 2005, Chan participated in the protest march for democracy, against Donald Tsang's constitutional reform package and has since participated in subsequent marches for universal suffrage.

In July 2006, she criticised the Commission on Strategic Development, chaired by Donald Tsang, for being "rather slow and unsatisfactory", and announced her intention to start a "Core Group" to push for taking forward the debate on Hong Kong's constitutional reforms. It was later announced that the group would consist of heavyweights including Allen Lee, Christine Loh, Elizabeth Bosher, Professor Johannes Chan, Chandran Nair and Lily Yam Kwan Pui-ying.

On 23 September 2006, in a news conference, Chan proclaimed that she would not run for the position of Chief Executive in 2007.

On 24 April 2013, Anson Chan launched a group called Hong Kong 2020 on the basis of the former "Core Group" to monitor and comment on the constitutional reform progress to achieve full universal suffrage for election of the Chief Executive in 2017 and all members of the Legislative Council by 2020.

On 11 September 2007, Chan announced that she would run in the December 2007 by-election for the Hong Kong Island seat made vacant by the death of former DAB chairman Ma Lik. During the campaign, she was criticised by Alex Tsui, a former ICAC official who accused Chan of obtaining a 100% mortgage to purchase a flat in 1993 when she was Chief Secretary, suggesting an abuse of power. A City University commentator said the issue marked the start of a smear campaign against Chan, although Chan did not engage in smear-free politics either, accusing her rival Regina Ip, the former Secretary for Security supported by Beijing government, of being a "fake democrat".

Chan was also revealed of having been also taken a seat in the board of Richemont, (where a board member is former legionnaire Taipan Simon Murray) the manufacturer of name brand luxury items, but which at that time also owned a 23% share of British American Tobacco. When this news of her board membership was revealed she immediately resigned from the board of Richemont.

On 6 July 2008, Chan announced that she would not be seeking re-election to the Legislative Council at the expiry of her term.

Among her seven siblings, twin sister Ninson ran a travel agency; brother Philip Fang Shun-sang (b. 1941) worked as a Chinese interpreter at the United Nations in Geneva until 1999 (and died in 2013 after jumping from his home in Lantau). Another brother, David Fang Jin-sheng, was a former orthopaedics lecturer and head of the Hong Kong Academy of Medicine; and another brother, John Fang Meng-sang, is a lawyer. In 2006, John became embroiled in a controversy over the death of his former lover in mysterious circumstances in a flat owned by him in 1995. A coroner's inquest unanimously ruled her death accidental or by misadventure.

She was married to Archibald ("Archie") Chan Tai-wing from 1963 until his death in 2010. Six years her senior, Archibald was a director of Caltex Oil and taught science at St Joseph's College, his alma mater. He was also in the Hong Kong Auxiliary Police from 1987 to 1996, when he retired as a commandant.

In recognition of her 34 years of public service to the British Crown, Chan was awarded the Hong Kong Grand Bauhinia Medal in 1999.

She was then appointed by Queen Elizabeth II as Honorary Dame Grand Cross of the Order of St Michael and St George in 2002 in recognition of her service with the Hong Kong government before the handover. Such award was usually given only to Governors of Hong Kong before the return of sovereignty.

She is an honorary fellow of SOAS.

In recognition of her commitment to democracy and the empowerment of women, and her service as Patron of the University, Asian University for Women conferred upon Anson Chan an honorary doctorate degree on 20 May 2017.

The contents of this page are sourced from Wikipedia article on 08 Mar 2020. The contents are available under the CC BY-SA 4.0 license.
View Anson Chan 's image gallery
Image Gallery

Chinese politician during 4th-century BC 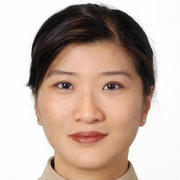 Chinese politician during the Ming dynasty