Anshuman Jain (born 7 January 1963 in Jaipur, Rajasthan, India) is a British Indian business executive who formerly served as the Co-CEO of Deutsche Bank from 2012 until 2015 (July). Starting 2017, Jain is serving as president at Cantor Fitzgerald.
Jain was a member of Deutsche Bank’s Management Board. He was previously head of the Corporate and Investment Bank, globally responsible for Deutsche Bank’s corporate finance, sales and trading, and transaction banking business. Jain remained a consultant to the bank until January 2016.

Jain studied economics at University of Delhi's Shri Ram College of Commerce, earning a bachelor's degree with honors in 1983. He also holds an MBA in Finance from the Isenberg School of Management at the University of Massachusetts Amherst. He is a cousin of Ajit Jain.

After having finished university, he started as an analyst in derivatives research at Kidder, Peabody & Co. (now part of UBS) where he worked from 1985 to 1988. After three years, he joined Merrill Lynch in New York where he founded and led the securities industry’s first dedicated hedge fund coverage group.

Since 2002, he has been in the Deutsche Bank Group Executive Committee (GEC) and was formerly head of Global Markets and joint head of the Corporate and Investment Bank from 2004. His previous roles included head of fixed income sales and trading, global head of derivatives and emerging markets as well as the global head of institutional client coverage.

In addition to his Deutsche Bank commitments, Jain is a non-executive director of Sasol, South Africa’s leading oil and gas company. He served as a member of the Indian Prime Minister’s Working Group on Inward Investment in India and more recently helped to lead Deutsche Bank’s team advising the UK Treasury on financial stability, with a broad mandate across all elements of the bank rescue package and other financial issues. Jain was also a member of the Financial Services Global Competitiveness Group, tasked by the Chancellor of the Exchequer in July 2008 with a year-long assessment of the UK’s long-term approach to international financial services.

On 7 June 2015 he resigned as CO-CEO of Deutsche Bank. The two joint chief executives of Deutsche Bank are to step down, in an unexpected move that comes shortly after the investment bank was fined and criticised for its manipulation, with others, of the Libor. Investor frustration about the bank’s performance became obvious last month when, at the annual meeting, 39% voted against Deutsche’s management board, and several investors called for Jain and Fitschen to resign. The surprise move came just over a month after Deutsche was fined a record $2.5bn (£1.7bn) for rigging Libor, ordered to fire seven employees and was accused of being obstructive towards regulators in their investigations into the global manipulation of the benchmark rate. The penalties on Deutsche Bank also involved a guilty plea to the Department of Justice (DoJ) in the US and a deferred prosecution agreement. Jain headed its investment bank while the Libor was rigged, but the bank has said that he has been cleared of any wrongdoing.

Jürgen Fitschen, 66, and Anshu Jain, 52, were replaced by John Cryan, 54, a former finance chief at UBS AG who had subsequently worked as a senior executive at Singapore’s Temasek. Jain, who had been employed by Deutsche Bank for 20 years, left employment on 30 June 2015 but remained a consultant until January 2016; Fitschen left the bank in May 2016.

The move follows a stormy time for Deutsche Bank, which has been forced to pay big fines to authorities on both sides of the Atlantic over manipulation of interest rates, as well as pleading guilty to criminal charges in the U.S. And the bank has met mounting pressure from shareholders amid those scandals coupled with a share price that has struggled for years.

At the bank’s AGM in May, Jain and fellow executives drew support from only 61% of shareholders present, the lowest level for an executive at Deutsche Bank in recent history.

In November 2012 he purchased a two bedroom apartment in New York for $7.2 million. 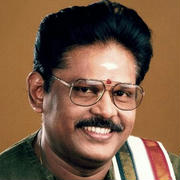 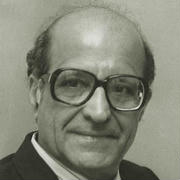