Anneliese Uhlig (born 27 August 1918) is a German film actress. She made her film debut in 1937, and went on to appear in a number of leading roles in Germany cinema during the Nazi era. She was also one of a number of foreign figures to appear in Italian films during the era. 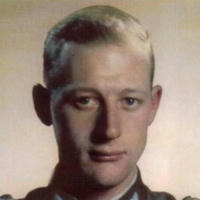 Officer in the German Wehrmacht