Anne Merrilyn Tolley JP MP (née Hicks, born 1 March 1953) is a New Zealand politician and member of the New Zealand House of Representatives representing the National Party. She previously served as Minister of Social Development, Minister of Local Government and Minister for Children during the Fifth National Government. From 2008 to 2011 she served as New Zealand's first woman Minister of Education.

Tolley was born in Wellington on 1 March 1953, the daughter of Mary Margaret Hicks (née Norris) and her husband Ronald James Hicks. She was educated at Colenso High School (now William Colenso College) in Napier, and spent time as a Rotary exchange student in Allentown, Pennsylvania, United States. She went on to gain a diploma in computer programming. In 1973 she married Allan Hunt Tolley, and the couple had three children.

Tolley was elected in the 1999 election as a list MP, having unsuccessfully contested the Napier seat against Labour's Geoff Braybrooke. In the 2002 election, she unsuccessfully contested the Napier seat against Braybrooke's successor, Russell Fairbrother. Along with many other National MPs, Tolley did not escape the collapse of the party's vote that year, and so did not return to Parliament as a list MP.

She served as the first woman National Party Whip from December 2006 until February 2008 when she became the party's Education Spokeswoman after Katherine Rich announced her intention to retire from Parliament after that year's election.

As Minister of Education, Tolley was given responsibility for making schools more accountable "so that parents and pupils get the most from them". This led to a battle with teachers over the introduction of a range of new proposals including a requirement for schools to report National Standards results. The controversial proposals were opposed by many teachers and school principals, some of whom refused to implement the standards.

In June 2010, Tolley expressed concerns about a Parliamentary Library research paper that was critical of National Standards, calling it "unprofessional", "highly political" and so biased it could have been written by the union opposing the policy. Such papers are required by the Parliamentary Library to be politically neutral. A month later the New Zealand Principals Federation voted to support regional associations which boycotted training for National Standards. Tolley reminded principals that in her view it would be quicker and give better results to contact herself or the Ministry of Education with concerns about the changes, than to speak through the media.

The stand-off between Tolley and teachers was embarrassing for the Government and resulted in Cabinet changes after National was re-elected in November 2011. Hekia Parata was made Education Minister while Tolley was demoted in the Cabinet rankings, becoming Minister of Corrections and Police. She took over the role from Judith Collins who moved up the rankings to become Minister of Justice - filling the vacancy created by the retirement of Simon Power from Parliament.

In March 2012, one of her first major announcements as the Minister of Corrections was the proposed closure of the old prisons in Wellington and New Plymouth. She also said that a number of older units at Arohata, Rolleston, Rangipo and Waikeria prisons would close. Later that year, the Government awarded a 25-year contract to Serco to build a 960-bed prison at Wiri, South Auckland, at a cost of NZ$900 million. Tolley attended a sod-turning ceremony at the site of the new prison Wiri in September 2012.

Tolley and the National Party were returned to opposition after the 2017 general election result which saw kingmaker party, New Zealand First, agree to a coalition with the Labour Party. On 8 November 2017, the House elected Tolley its Deputy Speaker.

It emerged in 2010 that Tolley had undergone gastric bypass (stomach stapling) surgery in order to lose weight. Tolley joins other current and former New Zealand politicians including Rahui Katene, David Lange, Chester Borrows, Donna Awatere-Huata and Tariana Turia to have had gastric bypass surgery at some point in the past.

The contents of this page are sourced from Wikipedia article on 01 Apr 2020. The contents are available under the CC BY-SA 4.0 license.
View Anne Tolley 's image gallery
Image Gallery 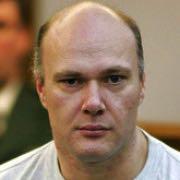