Annaleise Carr (born March 12, 1998) of Norfolk County, Ontario, Canada, became the youngest person to swim across Lake Ontario on Sunday, 19 August 2012 at the age of 14 since Marilyn Bell became the first of any age to do so in 1954.
Annaleise had to qualify for this swim which was overseen by the regulated body and supervision of Solo Swims of Ontario. After qualifying and filing the 70 pages of paperwork a date was set 18 August 2012. With Lisa Anderson, her parents, grandparents, great grandparents and crew she was set with a huge flurry of media watching her leave as well as being on the water with her. Annaleise began her swim from Niagara-on-the-Lake(considered one of the world's most difficult open water swims) at 6:17:10 pm on 18 August 2012. She arrived at Marilyn Bell Park in Toronto after swimming for almost 27 hours, touching land at 8:58 pm on 19 August 2012. During her attempt, spectators received updates via live blogs, Twitter, and GPS live tracking.
During her swim Annaleise's fundraising increased to $60,000, $80,000 to over $100,000 after her swim. To date Annaleise has raised over $250,000 for the Children and families at Camp Trillium. At the time of her swim Annaliese was the youngest person to cross Lake Ontario at 14 yrs 158 days and set an international record to be the youngest swimmer to swim continuously in open water for more than 24hrs (24 Hour Club). Annaleise's swim from Niagara-On-The-Lake to Toronto's Marilyn Bell Park when calculated through GPS; Annaleise swum close to 70 km due to being pushed off course due to currents and waves of approx 6 ft high pushing back toward Niagara-on-the-Lake.

Carr began her swim from Niagara-on-the-Lake at 6:17:10 pm on 18 August 2012. She arrived at Marilyn Bell Park in Toronto after swimming for almost 27 hours, touching land at 8:58 pm on 19 August 2012. During her attempt, spectators received updates via live blogs, Twitter, and GPS live tracking. One of Carr's goals was to raise $30,000 for a summer camp for children with cancer. By 24 hours into the race, she had raised over $60,000 for the camp. Annaleise also set a record for being the youngest swimmer to swim in open waters for more than 24 hours By 22 August 2012, almost $140,000 had been raised in her name.

Annaleise further challenged herself along with her admiration and love of the kids at Camp Trillium; she decided once again to raise funds for Camp Trillium (Cancer Camp for Children and their families). She along with her Team and supportive parents and siblings prepared the logistics for the first person to cross central Lake Erie, departing from Erie, Pa to Port Dover, Ontario a swimming distance of approx 75 km. Annaleise tirelessly dedicated her spare time in the months leading up to her swim promoting her swimn and her book(see below) at various venues she was invited to as a guest.

On July 25, 2014 Annaleise departed Erie,PA with her water crew swimming towards her destination, Port Dover, Ontario. At approx 5:30am due to high winds, waves and strong Lake Erie currents coming of Long Point; Annaleise touch ground on the tip of Long Point making it her second successful lake crossing. She had swam 22 1/2 hrs and a distance of 42.2 km.

Annaleise was determined to complete her initial goal to swim to Port, Dover Ontario and sticking to her motto "NEVER GIVE UP" she continued her remaining swim on September 1, 2014 from where she left of at Long Point to Port Dover, a distance of 30 km and a time of 12hr 12mins. She was welcomed and cheered by the thousands that attended along with the media that was covering her story.

During her swims across Lake Erie, Annaleise raised approx $230,000 for Camp Trillium; her combined total of her two swims is just under half a million dollars and growing; as she voluntarily attends many functions, engagements and requests to attend various venues as a specials guest.

Leading up to her Lake Erie swim Annaleise was promoting her book she jointly authored with famed Canadian author Deborah Ellis "Annaleise Carr: How I Conquered Lake Ontario to Help Kids Battling". The book was written to reflect on her growing up as a swimmer and her swim across Lake Ontario; written in a format the struggles and challenges she faced crossing Lake Ontario comparative to the struggles and challenges of a young Cancer patient faces but on a longer term. Annaleise's love for the kids at Camp Trillium and knowing the daily long term challenges they and their families face. 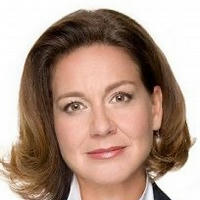 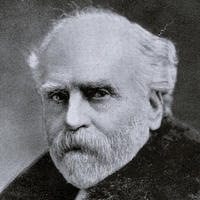