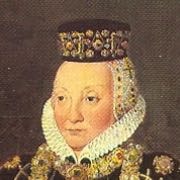 Anna Sophie of Prussia
The basics

Anna Sophia of Prussia (11 June 1527 – 6 February 1591) was Duchess of Mecklenburg by marriage to John Albert I, Duke of Mecklenburg.

Anna Sophie was born in Königsberg, the oldest and only surviving child of Duke Albert of Prussia (1490-1568) from his first marriage with Dorothea (1504-1547), a daughter of King Frederick I of Denmark. From her mother, she received an extensive education in naturopathy and gynecology. Already in 1546, the estates of Prussia agreed to a so-called "dowry tax" to provide the dowry of 30000 guilders she would receive when she married.

John Albert I and Anna Sophia had three sons; she was described as a loving mother. John Albert I remained a loyal ally to his father-in-law, in the Holy Roman Empire as well as in Livonia. Since Duke Albert had no surviving sons of his own, he attempted several times, unsuccessfully, to make John Albert I his heir and successor in the Duchy of Prussia.

After John Albert I died in 1576, Anna Sophia retired to her Wittum in Lübz, where she died in 1591. She was buried in Schwerin Cathedral.

Anna Sophia and her husband had three sons:

The contents of this page are sourced from Wikipedia article on 08 Mar 2020. The contents are available under the CC BY-SA 4.0 license.
View Anna Sophie of Prussia 's image gallery
Image Gallery