Anna Lesko (born January 10, 1979, in Chişinău, Moldova as Anna Lesko) is a popular Romanian singer. Lesko is of Ukrainian origin and she lived in Moldova until she was 17 years old, when she came to Romania, where she has lived ever since. One of her passions is painting and her creations can be seen on her official website. She started her career in 2002 with the single "Ard in flacari (Burn in flames)" which was in included on the album "Flacari (Flames)". In 2003, she released a new album entitled "Inseparabili (Inseparable)", for which she was rewarded with the gold disc in Romania. The third studio album by the artist "Pentru tine (For you)" was released in 2004 with three singles sites, the most successful being "Nu mai am timp (I do not have time)", written by Bogdan Popoiag and Eduard Alexandru. In 2006 Anna Lesko released the single "Anycka Maya", which quickly became a success in Romania. Her most recent single is "Leagana barca" released in 2013 featuring Pavel Stratan. 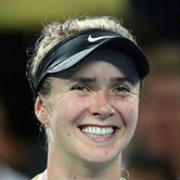