In 1997 Konik began studies at the Warsaw Academy of Fine Arts in the Krzysztof M. Bednarski studio under Prof. Grzegorz Kowalski, receiving her diploma in 2000. From 1999 to 2001, she worked as an assistant professor in Drawing at the academy under Sophie Glazer.

During the period from 1999 to 2004 she worked at the Academia Theatre, with the theatre group, Opera Buffa, and was one of the founders of the Untitled Theatre. In 2008-09 she was a lecturer at the International Sommeracademy in Salzburg, and in 2009 Rudolf Arnheim invited her to be a professor at Humboldt University in Berlin. The next year, in 2010-11, she gave video guest lectures in the Department of Fashion Design, for the faculty of the Academy of Fine Arts in Warsaw. In 2012, Konik received the title of Doctor of Arts at the Warsaw Academy of Fine Arts. Following that, during the summer of 2012, she gave video seminars for the faculty of Literature and Linguistics at the University of Bielefeld.

Her work has been exhibited in many galleries in both Poland and the rest of Europe. Some of her solo exhibitions include: Transparency, Centre for Contemporary Art, the Akademie Schloss Solitude, Stuttgart, Germany (2004); Encouragement, National Gallery of Art, Warsaw, Poland (2007); 61st International Film Festival in Locarno (2008); Our Lady's Forever, Municipal Art Gallery, Wolfsburg, Germany (2009); Villa Attracted, Max Liebermann Haus, Berlin, Germany (2010); Our Lady's Forever, Polish Institute in Düsseldorf, Germany (2011); Fear and Entranced, Atlas Arts, Lodz, Poland (2011); and In the same city, under the same sky, Swedish Parliament, Stockholm, Sweden (2012).

Her works center on a protagonist, establishing emotional contact. Konik explores the exclusion of individuals, alienation, loneliness, covering the entire sphere of emotions, desires, and undefined intuition. She draws attention to the hidden aspects of existence, revealing them in dreams. Konik especially draws your attention to people living on the edge of reality, transparent, alienated. The study, Transparency, (2004) listens to the life history of single elderly people; Toys (2001) creates a film documenting the activities in the therapeutic world.

In 2007, the work Forever was a video siedmioekranowe depicting stories of unrequited love and longing. Inspired by a drama written by a patient with schizophrenia, it was filmed in Ireland in an abandoned mental hospital. 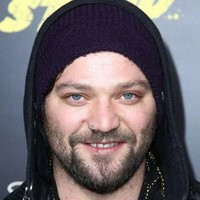 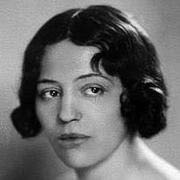