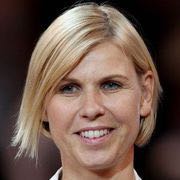 Anke Huber (born 4 December 1974) is a German retired professional tennis player. She was the runner-up in women's singles at the 1996 Australian Open. Her career-high singles ranking was world No. 4, also in 1996.

Huber made her Grand Slam tournament debut at the 1990 Australian Open, a year before she graduated from high school. After defeating Maider Laval and Elise Burgin, she was defeated in the third round by 13th-seeded Raffaella Reggi. In August 1990, she defeated Marianne Werdel Witmeyer to win the Schenectady tournament, a warm-up for the US Open. Jennifer Capriati then defeated Huber in the first round of that tournament 7–5, 7–5. Huber was the runner-up in her next event, losing in Bayonne to Nathalie Tauziat in straight sets. She finished 1990 ranked World No. 34.

Huber became Germany's top female tennis player upon Steffi Graf's retirement in 1999. Only two years later, however, it was Huber's turn to hang up her racquet. She cited a persistent ankle injury and the desire for a "normal life" as the reasons for her retirement. She originally planned to quit after the 2002 Australian Open, her favorite tournament, but changed her mind when she unexpectedly qualified for the year-ending Sanex Championships in Germany. "I thought there's nothing better than to celebrate saying goodbye in front of the home fans in your own country", said Huber. Huber's final match took place on 31 October 2001, against Justine Henin, in which she lost 6–1, 6–2.

During her twelve-year professional career, Huber reached 23 singles finals (winning twelve of them), 29 singles semifinals, and 50 singles quarterfinals. Her career record in singles was 447–225, and she amassed US$4,768,292 in career prize money.

Although she did not win a Grand Slam title, Huber felt proud of her accomplishments, especially because she had to walk in Graf's footsteps. "I recognised pretty early on that I would never have her success, but I was still always measured against her", she says. "So, whenever I got into the quarterfinals or the semis of a Grand Slam tournament, it counted for nothing. Sometimes it was good to have her, because she drew the attention away from me", Huber continued. "On the other side, there was always the pressure to be the second Steffi Graf."

In 2002, Huber accepted a role with the German Tennis Federation and became the co-tournament director for the annual Porsche Tennis Grand Prix WTA tournament in Filderstadt, Germany.

In April 2005, Huber gave birth to her first child, a boy (Moritz Luca), to her partner Roger Wittmann. A second, a girl (Laura Sophie), followed in October 2006.

The contents of this page are sourced from Wikipedia article on 08 Mar 2020. The contents are available under the CC BY-SA 4.0 license.
View Anke Huber 's image gallery
Image Gallery 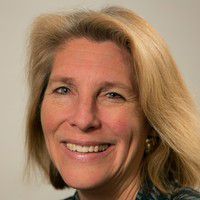