Anja Salomonowitz (born in Vienna) is an Austrian film director and screenwriter, specialised on documentary films with political or social background.

Anja Salomonowitz was born in Vienna and started to study art history and dramatics and film theory at the University of Vienna, but broke the study to change to the film academy, based in the University of Music and Performing Arts, Vienna. There she specialised on the field of studys directing and cutting. As a cutter she attended also the Hochschule für Film und Fernsehen (college for film and TV) in Potsdam-Babelsberg, Germany.

Her first movie which started in the cinemas was the 52 minutes documentary film You will never understand this" (2003). There she confronted herself and her family with their family's history. Her Jewish grandaunt was in a concentration camp, her nanny joined the socialistic resistance and her grandmother "did nothing".

In her one-minute-long, shortest short film Codename Figaro – as a contribution to the "Mozart year 2006" – she raises the ironic and politics critic question if „Le nozze di Figaro“ actually was a fictitious marriage.

"Spain" is Anja Salomonowitz´first feature realized in 2012 and started at the international forum at the Berlinale. 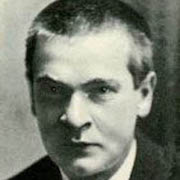