Anita Wachter (born February 12, 1967) is a former World Cup alpine ski racer and Olympic gold medalist from Austria. She focused on the technical events and specialized in giant slalom.

Born in Bartholomäberg, Montafon, Vorarlberg, Wachter won the World Cup overall title in 1993, and the giant slalom title twice (1990 & 1994). She was the gold medalist in the combined at the 1988 Winter Olympics, and won two silver medals in 1992 (combined and giant slalom). Wachter also won five medals at the World Championships; she represented Austria in three Olympics and eight World Championships.

She is living together with her longtime companion Rainer Salzgeber; they have two daughters. 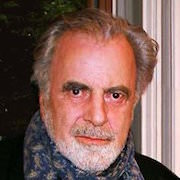